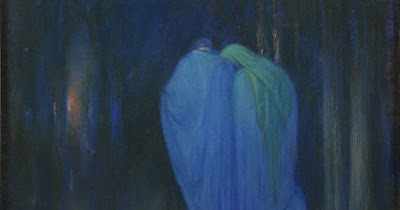 Arild Rosenkrantz (1870-1964) was a versatile Danish artist whose very long career can be divided into several distinct phases. The most productive came in his middle age, when he met and became a follower of German philosopher, mystic, and social reformer Rudolf Steiner. His most famous works, including all of those shown here, were done as illustrations to concepts from Steiner's teachings, sometimes at Steiner's direct suggestion. (In the Heart of the Forest) 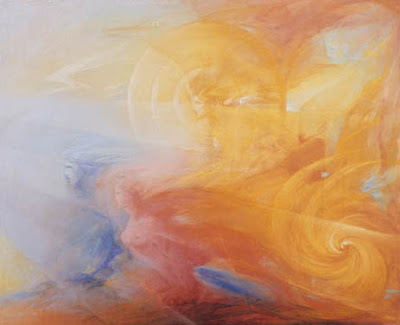 Rosenkrantz's parents were a Danish baron and a Scottish earl's daughter, both of them stars of the nineteenth-century social scene. But his father died when he was three and his mother never recovered; she withdrew deeper and deeper into the spirit world, eventually moving to Italy to become a full-time medium. Rosenkrantz's early career seem successful enough in ordinary terms –study at top schools, years in Italy, salon exhibitions – but I imagine he was haunted by some kind of emptiness; why else would he, at the age of nearly 40, throw himself into the cult Steiner called Anthroposophy? (The Charioteer, 1930s)

Rudolf Steiner (1861-1925) is a mystery to me. He was a man of great accomplishments: one of the founders of the Waldorf schools, modern organic farming, the Camphill Association of communities for the mentally disabled, and more. He was one of the first prominent people to recognize the dire threat represented by Nazism, at the stage when most Germans regarded them as drunken buffoons. From a spiritual perspective, he said, it was clear both that they were capable of any evil and that their ideas might find a wide following among the disaffected. And yet when I read his works, all I see is a fog of meaningless words. (Angel with Sword of Fire) 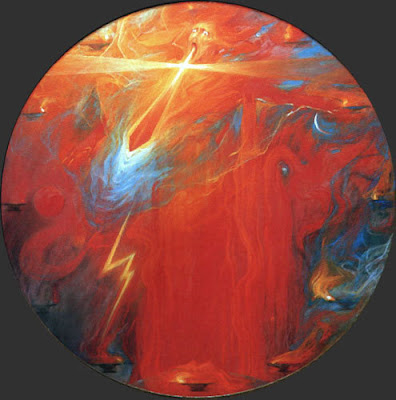 Here is a quick definition of Anthroposophy from a friendly source, the Camphill Association of North America:


Anthroposophy derives from two Greek words — anthropos, “human being,” and sophia, “wisdom.” As Theosophy (“Theo” and “Sophia”) means wisdom of God, or divine wisdom, Anthroposophy means “wisdom of the human being” or the wisdom that knows what it means to be human. In other words, it is a path of self-knowledge. Steiner considered Anthroposophy to be a science of the spirit. 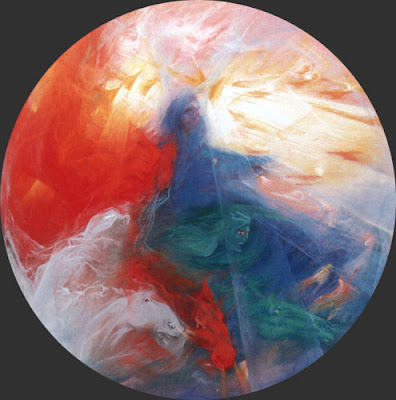 Steiner knew a lot about Theosophy, and his movement is often confused with it, but he rejected it because he thought it was too focused on eastern spirituality. He wanted his movement to be rooted in western traditions, not because he thought they were superior but because they were closer to hand; Theosophists, he thought, were always looking for exotic wisdom when their attention should have been focused on the here and now. 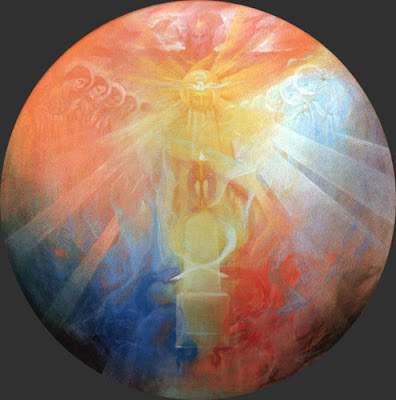 
The Art of today will be the Nature of tomorrow and will blossom again in her. Thus does Involution become Evolution.


Whoever seeks higher knowledge must create it for himself. He must instill it into his soul. It cannot be done by study; it can only be done through life.

You can get a bigger sample of his writing here.

As I said, it just doesn't make any sense to me. Come to think of it, Kabbalah has the same effect on me, all those long descriptions of crowns and castles that just feel like empty words, words referring to nothing. I suppose words, at least words of expository prose, invoke the rational, critical part of my brain. I don't feel any mysticism, just bewilderment and eventually irritation. 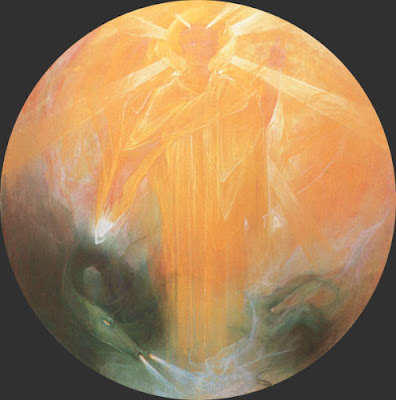 I get much closer to the spirit through poetry or art. I imagine Steiner knew many people are like that, which is why he worked closely with artists like Rosenkrantz.

The four round images above are from a series Rosenkrantz made for Steiner in 1923, illustrating the Seven Apocalyptic Seals: The Mystery of the Creative Word, The Four Horsemen, The Holy Grail, St. Michael and the Dragon. These are the Rosenkrantz works you are most likely to see online. The colors have meanings in Steiner's system; he had a theory of just about everything, including one about which colors best represented which spiritual concepts. Steiner wrote of these works,


All speculations and intellectual explanations are out of place in dealing with such signs, since they are not arrived at by thought, but are purely a description of what the so-called seer perceives in unseen worlds. One who is able to understand that book as interpreted by spiritual science, sees in it nothing else than a description in words of what the seer perceives as human evolution on the astral plane in archetypes. 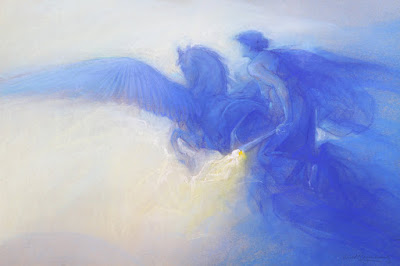 These days people you meet who are into Anthroposophy are likely to have entered it through one of Steiner's practical creations. They are very impressed by Waldorf education or Camphill's caring communities and start reading about the ideas behind them. Which is how I discovered Steiner; I looked him up after seeing him mentioned in a book on organic gardening. I wanted to find out about the spiritual ideas of the man who understood intuitively, without any training in agronomy or ecology, that modern farming might end up posing a great threat to the planet. I found crazy-sounding talk about the breathing of the earth and how a whole farm is a single living organism, as we learn during astral travel. (Nyx) 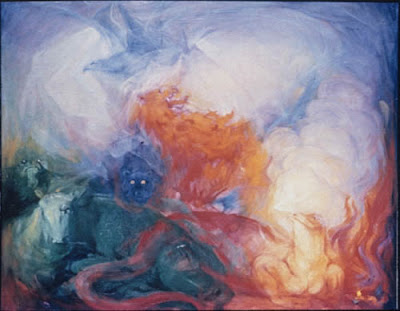 Which gets me to the point I wanted to make about religion: that the relationship between rational beliefs and either effective action or human happiness is extremely weak. In fact it seems that a religion cannot thrive and grow unless some of its teachings make no sense at all. And much of what is best in us, from our greatest art to the saintliness of tireless caregivers, turns out to be rooted in crazy ideas. (Animal World, 1950s)

I don't mean to say that this is inevitably so; some rationalists manage to be good and to accomplish good things. Only that this seems to be the normal human way.
Posted by John at 8:09 AM