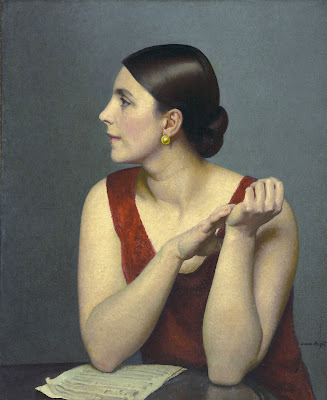 Laura Knight (1877-1970) had a bunch of firsts as a female artist Britain: the first female member of the Royal Academy, the first woman to have a major retrospective show at the Academy, etc. (Portrait of Ethel Bartlett) 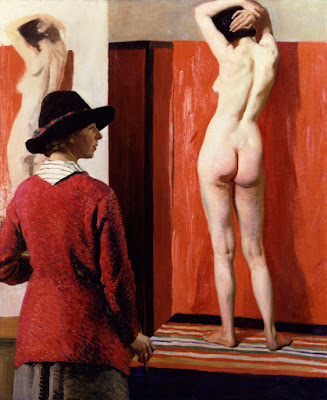 This is probably her most famous work, Self Portrait with Nude Model, 1913, now in the Royal Portrait Gallery. 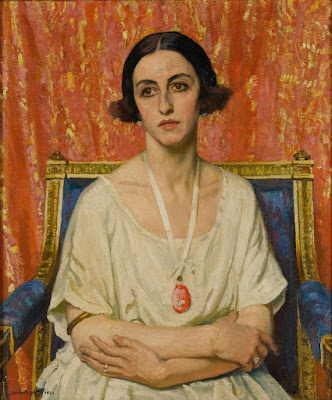 Knight had a pretty rough time growing up. Her father died when she was young. Her mother became a schoolteacher to pay the bills, but when Laura was 15 her mother fell ill, so she took over her mother's teaching job to support her sick mother and her two younger sisters. Amidst all this she struggled to get any real training in art. This probably explains why I have not been able to find any images of paintings she did before she was 30. She actually got her entrance into the art world by marrying another painter, Harold Knight, in 1903. (Portrait of Lubov Tchernicheva, 1921) 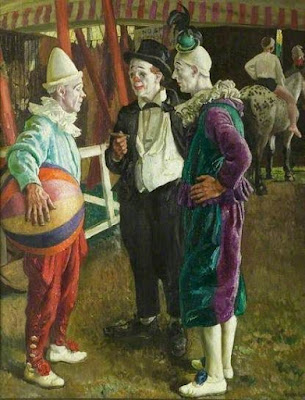 In the 1920s Bartlett painted dozens of images of circus performers and dancers. (Three Clowns) 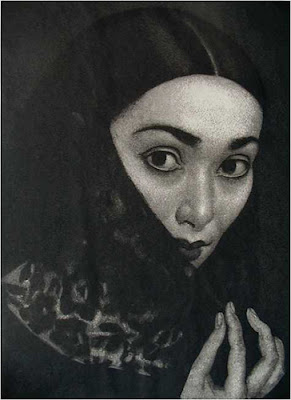 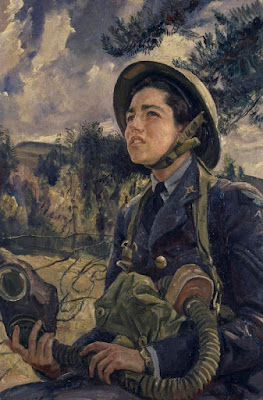 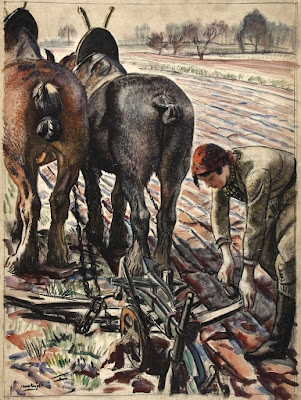 During World War II she had another burst of creativity on war-related subjects, especially women in the war effort. (Corporal J.D.M. Person, WAAF, 1940, and Land Army Girl, 1939) 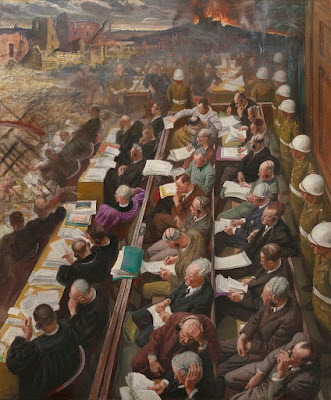 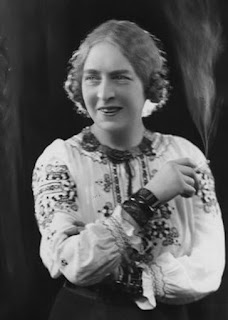