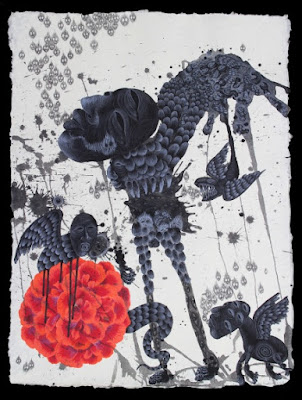 Kriangkrai Kongkhanun is a Thai artist born in 1980. He graduated from an art school in Thailand in 1999 and then traveled to Italy, where he took a second degree. He is a serious Buddhist and he says that his goal is to "forge a link between the Buddhist symbolism found in traditional pictures and the western imagery of the Renaissance and the 19th century." (Dark Wing, 2013) 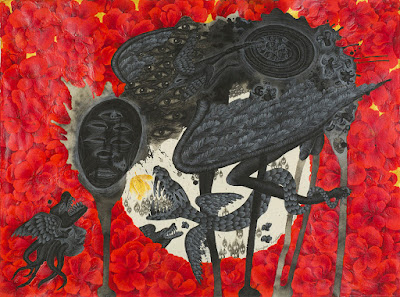 Kriangkrai is no optimist. The medieval Buddhist texts he cites as influences focus on sin and punishment, and he carries this sensibility into his paintings and woodblock prints. (Loose Moon, 2015) 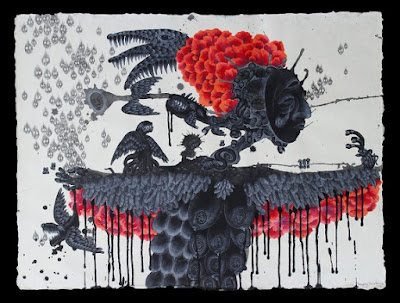 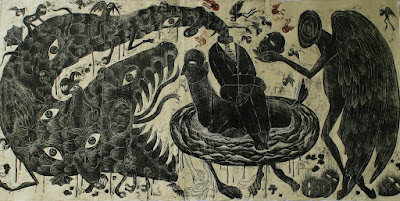 
The point of departure for Kriangkrai’s art is, however, the knowledge that negative human traits, such as anger, hatred and selfishness, namely evil properties, are so closely woven into human life that they always resurface from the subconscious. 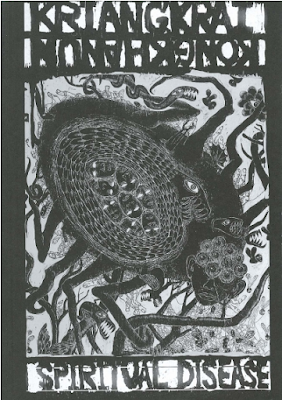 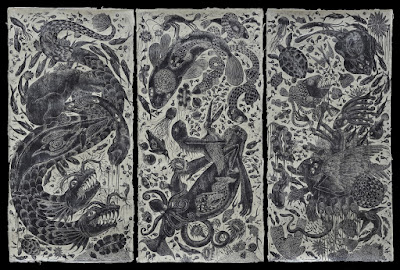 His most striking works are these large multi-paneled woodblock prints; this is Whirlpool 1-3. Sadly I have not been able to find images of most of these large enough to do them justice, but if you click on these you will get some idea. Gazing at these you might get the idea that his favorite western artist is probably Hieronymus Bosch, and indeed Bosch is the only western artist named in his gallery biography. 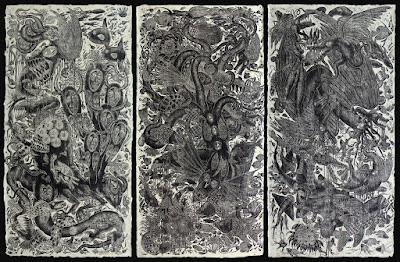 The best image I have found is for this print, Oceanic Wilderness, 2011. 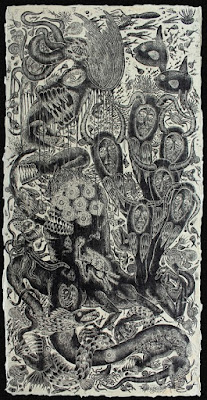 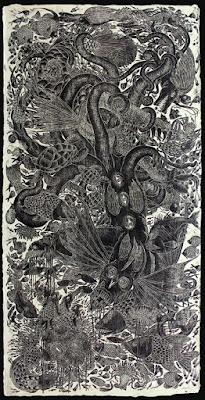 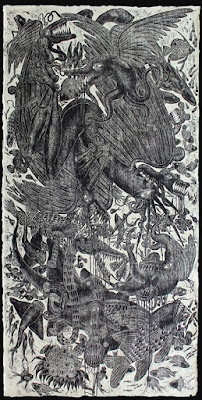 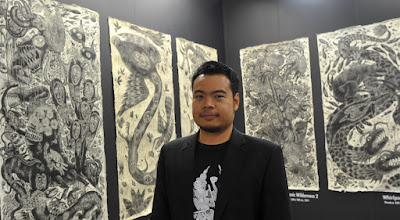 The artist with some of his creations.
Posted by John at 8:12 AM