A Babylonian Sufferer Ponders the Gods 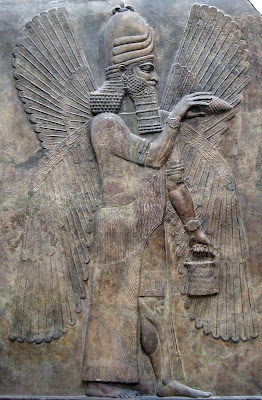 A Babylonion poem of c. 1100-800 BCE, From Slightly Alive Translations:

I sought signs across the world, but received no omens.
The gods do nothing to thwart the devils’ plans.
A patriarch drags boats through the canals,
while his son lounges in his boudoir.
The elder brother hunts as fiercely as a lion,
but the younger finds success while herding cows.
The heir trudges through the streets like a peddler;
the second son donates largesse to the poor.
How could I surpass the luminaries to whom I grovel,
(when) I must kneel even to my inferiors?
Lowlifes sneer at me while they prosper and thrive.

You “perceptive genius,” you “sovereign of sagacity” —
you disrespect the gods because of your angry heart.
The divine mind is as remote as the zenith of the sky;
perceiving it is more arduous than people can understand.
Everything that has breath, every handicraft of the mother-goddess:
why are all offspring unpredictable?
Look at a cow; her first calf is inferior,
while her second offshoot is twice as good.
A fool can be a firstborn son,
while the second (son) achieves perceptiveness and valor.
However much they try, people cannot understand the logic of the gods.

My friend, listen closely, so you can understand my argument.
Pay attention to every word I have chosen.
People revere the words of the influential, even known murderers,
but revile the penniless who did nothing wrong.
They champion the apostate whose “justice” is abomination
but exile the just who obey the gods’ commands.
They fill the wrongdoer’s treasury with gold coin
but strip every provision from the grain bins of the poor.
They bolster the leader who is guilty to his core
but destroy the helpless and trample the weak.
So here I am, disempowered, while the elite torment me. 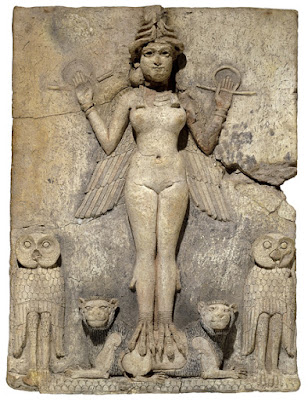 The king of the Ancient Ones, Enlil, creator of the multitudes,
proud Ea, who measures out the (primordial) clay,
her Majesty who forms them, Mistress Mami:
they saddled humanity with serpentine speech.
Mendacity, not truth, was their constant gift.
Proudly, they speak of the fortune of the wealthy:
“The king receives riches at every turn!”
They abuse the penniless like thieves;
they saddle them with slander and plot their deaths.
They cultivate misfortune for them like criminals, because they have no guidance;
they sap their last strength, then extinguish them like embers.

My friend, you are compassionate: try to comprehend my depression.
Come help! See my suffering and understand it well.
I am a mere slave, “perceptive” and pious,
and I have not seen one iota of loyalty or help.
Silently I walked my city’s streets;
my cries were inconspicuous, my speaking hushed.
I stared at the ground, never raising my head;
I did not fawn over my colleagues in the assembly like a slave.
May the god who rejected me grant help;
may the goddess who abandoned me show compassion;
may the king, sun of the people, guide (us) like a god.
Posted by John at 8:13 AM