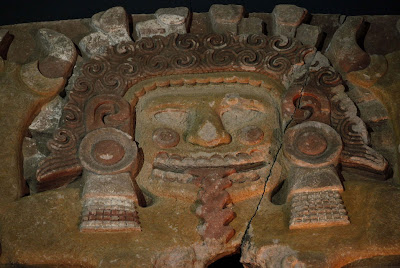 A massive relief depicting the monstrous Aztec earth goddess on display in Mexico City, part of a major exhibit on the late Aztec state, one of the few pieces of Aztec stone sculpture that stills bears some of its original color. Not a pleasant deity:

Any links to that exhibit?

Alas, no, the picture came from artdaily.org and the feature is already gone. They do that a lot.