Celts to Vikings 2a; Roman Busts 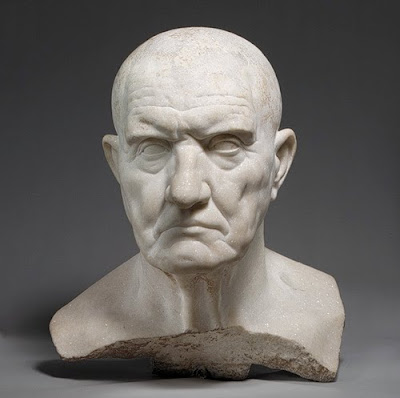 Whenever I introduce the Romans, I show pictures of Roman portrait busts. I love Roman portrait busts. I also think it is very interesting that the Romans liked to portray themselves in such a warts-and-all way. Now this can't be from a lack of vanity; if they had no vanity they wouldn't have had busts made. It must, therefore, be because the ugliness of these portraits flattered them in some way. These noble Romans liked to be seen as serious people, people with better things to do than worry about how they looked. They wanted to be seen as tough warriors, clever politicians, stalwart friends, bitter enemies. Not as popinjays. 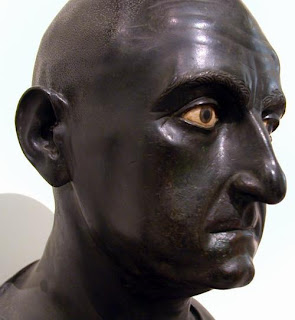