The Romans Built a Lot of Stuff 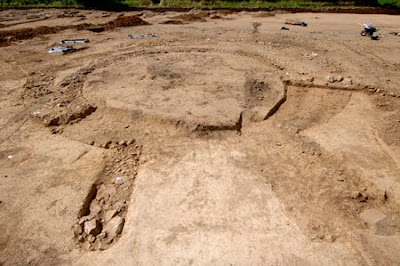 I was just marveling at the sheer quantity of Roman stuff that turns up on archaeological digs in France, Span, and Italy. There is something new in the archaeological news almost every day, like this item on a Temple of Mithra unearthed in Angers, France, or this one on a 4-acre temple complex near Le Mans -- one of the smaller temple foundations in that sanctuary is pictured above. And just the interesting stuff makes the news, not the hundreds of houses and warehouses and what all that turn up. I imagine it must be frustrating for archaeologists interested in other periods that everywhere they dig they just find more Roman buildings, Roman roads, Roman walls, and Roman trash.

Below, a beaker dedicated to Mithra by a Gallo-Roman named Genialis some time in the third century. 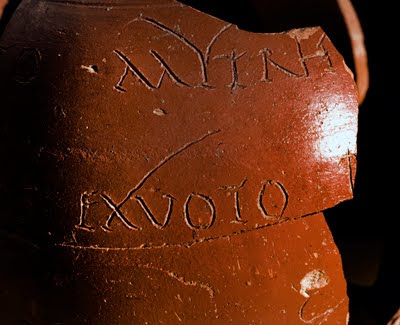