Today at the Lee-Fendall Garden 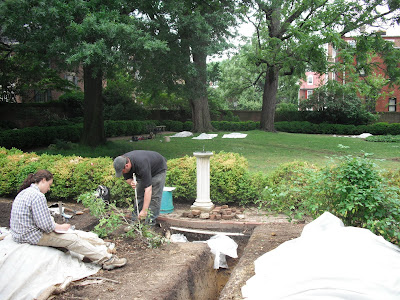 Just three days later, things have changed. The two features in front of the kitchen we thought were nineteenth-century planting beds now seem to be twentieth-century ditches more than two feet deep, but we have no clue why they were dug. We still think there are planting beds here, but not the two long, obvious features we flagged before. But that little bit of brick rubble we found has grown into a big rubble pile, obviously the remains of a building from early in the site's history. In the picture below, two clowning archaeologists pretend to do what they are actually doing, thinking about this pile of brick rubble and wondering how to proceed. 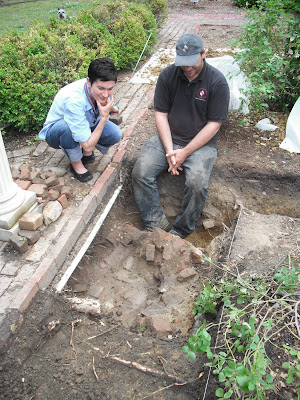 Meanwhile, we have found another large pile of rubble along one side of the garden, just a few feet from the east wall. This is probably another building from the late 1700s. 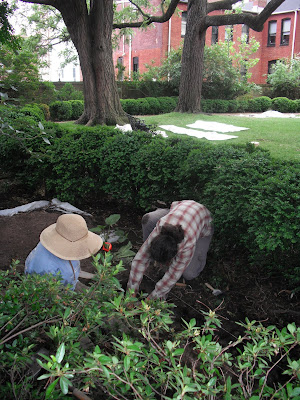 One more week to go, and still so much to find and figure out.
Posted by John at 8:02 PM