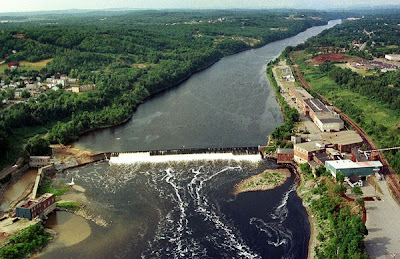 But every functioning dam that we dismantle means that a little less of our electricity comes from hydropower, a little more from burning coal. The dams we dismantle are always described as "outdated," and most of them produce very little power. But very little is still some. Since 1997, 430 "outdated" dams have been removed from America's rivers. Some of them, like the one on the Patapsco River near my house, were doing nothing at all, but some of them were still powering small hydroelectric plants.

Everything comes at a cost.
Posted by John at 8:10 AM