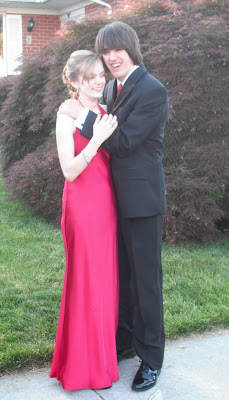 Robert is at the prom now. Around 5 I dropped him off at the house where he, his girlfriend and a few other friends were meeting to get ready. He wasn't dressed yet, so I thought I wouldn't get a picture, but around 6 he called and said he forgot his prom ticket. So I drove it over and took the chance to snap this. 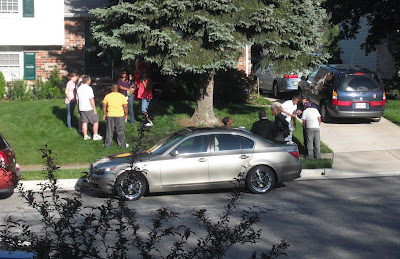 In the meantime there was a red carpet scene across the street. At least 20 people were gathered around the eldest daughter of the household and her dashing date, taking an unending series of photos. I thought it astonishing that the young people stood still for this -- at 17 I certainly would not have -- and marveled once again at what I big deal this is.
Posted by John at 8:43 PM