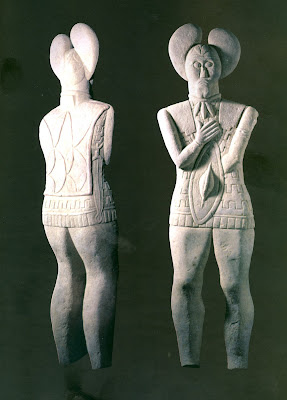 More images from Brian Fagan's Discoveries. (First set here.) Above, a stone statue of a Celtic warrior from Glauberg in Germany, dated about 400 BC. Below, the head and torso of a Greek bronze statue of a dancing satyr, recovered from the sea floor near Sicily. The recovery of this and several other Greek bronzes has given us a much more direct contact with the creators of classical art. Fifty years ago we knew Greek sculpture largely in the form of later Roman copies in marble, or else shattered fragments from ruined temples. Now we have several wonderful original bronzes recovered from the sea, and we can understand much better the wonder they inspired. (And the greed, which caused the Romans to steal them all and ship them to Italy, which is how a few ended up on the sea bottom.) 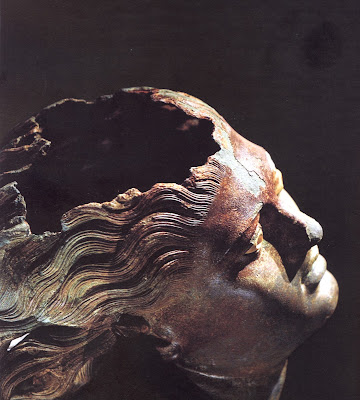 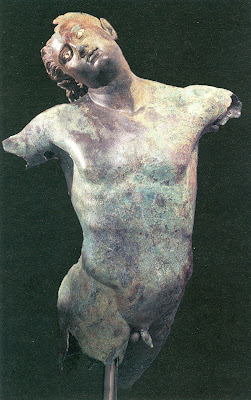