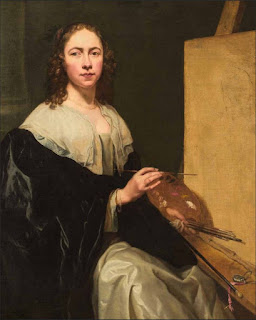 Michaelina Wautier (1604-1689) was one of the many, many painters of the Netherlands' "Golden Age" in the 17th century. Some of these are much more famous than others – Rembrandt, Vermeer, Hals – but really the overall artistic standard was quite high and there were plenty of others whose work I would be very happy to have on the wall here in my study. Wautier has been much talked about over the past 20 years as an ignored female master, especially because she suffered the ignominy of having her best work attributed to her brother Charles. Just now there is a major exhibit of her work at the MFA in Boston, and the NY Times has a review. 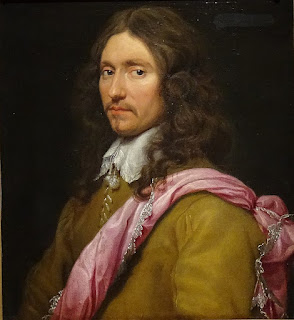 Portrait of a Spanish Officer

Little is known about Wautier's life, which is equally true about many other painters of that time and place. They were basically well-paid artisans, like coach-makers or silversmiths, and the world neither knew nor cared who they were. We know that she was born in 1604 in Mons, Belgium. We assume she came from a well-to-do family, because she was familiar with classicial myth and its associated symbolism. Her first surviving paintings date from rather late in her life, when she was nearing 40, but count me skeptical that she actually learned to paint like this when she was past 35. 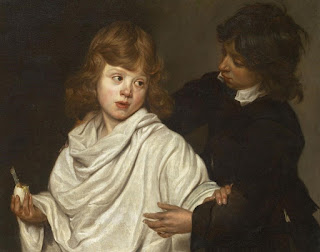 To Each his Own

She was the only daughter in a family of nine children. She never married herself, so one assumes that all the boys who populate her work were her nephews. 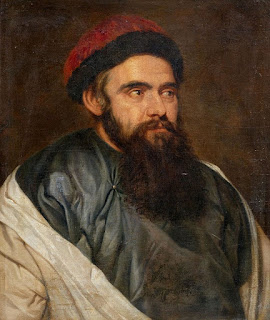 Portrait of Martino Martini, who was a Jesuit Missionary in China
Wautier actually did pretty well for herself while she was alive. She and her brother Charles, also an unmarried painter, lived together in Brussels, where she executed portraits of army officers and other minor notables. Notices in the municipal records show that the Wautiers were landlords who owned several rental properties.
Garland with Dragonfly

Wautier's fall began in her old age, since she lived on for twenty years after she stopped painting and was thus forgotten by the world before her death. Then people started confusing her work with those of others, not just her brother but also the Italian painter Artemisia Gentileschi. An anecdote in the Times piece explains how that confusion probably started:

“A curator took me along corridors that had ‘second class’ Flemish paintings,” she recalled in an interview. “When I was leaving, I saw a monumental painting — about nine feet high and twelve feet wide. I didn’t recognize it. He said, ‘Not much is known about it, but it is painted by a woman.’ ” 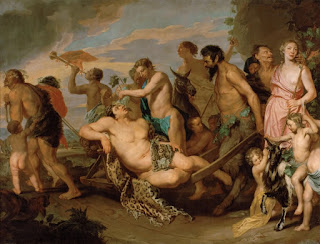 The painting in question was The Triumph of Bacchus, above, which is quite unusual for a female painter because it is huge (mostly women did smaller work) and shows naked men. 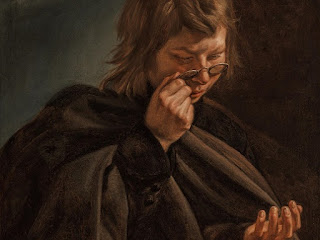 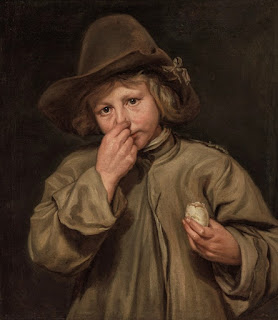 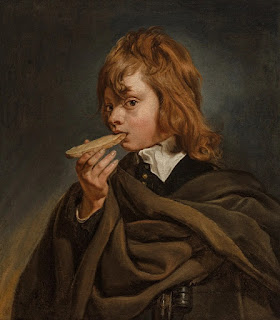 The MFA exhibit focuses on five paintings of the senses, done around 1650. (Above are Sight, Smell, and Taste.) These were unknown until they appeared at auction in 2020, apparently from a private collection. Two top collectors, Rose-Marie van Otterloo and her husband Eijk, snapped them up and plan to donate them to the MFA. 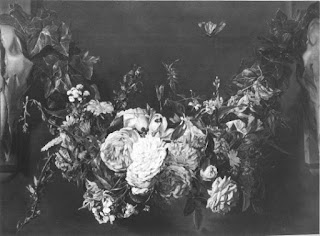 This is one of the intriguing things about lesser known painters like Wautier: you just don't know how many of their works might be hanging around somewhere, in some investor's vault or on the wall of an old family's decaying mansion. Like this, Garland with a Butterfly, which nobody had seen until in appeared at auction in 1965; it was sold to an unknown buyer and has not been seen since. 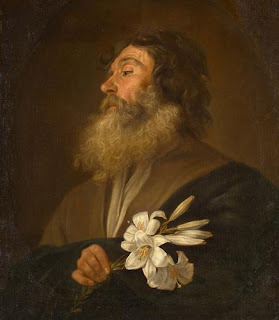 I think Wautier is fine, and it you want to get enthused about female painters, she was the real thing.  But she is one of many mostly forgotten painters from that era, and to my mind not more deserving than some of the equally forgotten men.