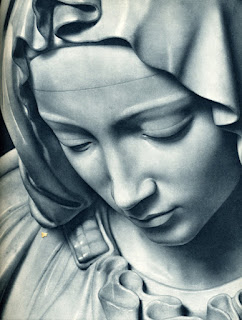 Matt Yglesias calls out the good news on water quality in America and complains that nobody wants to hear good news.

Foot of small mammal found inside dinosaur's stomach, the first proof of dinosaur on mammal predation.

The Leaning Tower of Pisa is slowly untilting itself.

What do we actually know about Representative-elect George Santos? And given that he was broke in 2017, where did his money come from?

Study claims that pottery making spread across Europe at a rate of 250 km (155 miles) per generation, crossing boundaries between agriclutural peoples and hunter-gatherers. Since the pots were used for cooking, that means new ways of cooking also crossed cultural boundaries and spread quite rapidly.

Interesting summary of what is happening with AI.

LPR volunteer Murz unloads on the Russian Army, says they are completely unready for any Ukrainian winter offensive.

Somebody raised a Ukrainian flag on a tall tower in Crimea. There are military experts who say that Russia may be abel to hold onto the DPR and LPR but they can't possibly hold Crimea because it is too easy for Ukraine to cut it off and starve its people out.

Another Ukrainian politician who collaborated with Russia is killed in a car bombing.

Up-close view of fighting in Marinka.

Over the course of the 300-day war, by the Oryx count, Russia has lost on the average day 5 tanks, 6 infantry fighting vehicles, 2 armored fighting vehicles, one armored personnel carrier, one self-propelled artillery piece, and 7 trucks. Throw in fractional amounts of other systems like multiple rocket launchers, helicopters, and ships, and you get about 28 major systems lost per day, more than 8,500 in total. And those are minimum losses; the real total is likely to be at least 20% more. Yes, Russia has a lot of gear, but these losses, along with their staggering expenditure of artillery ammunition and missiles, leave their military with very little remaining offensive potential. Daily artillery fires in the ongoing Bakhmut fighting are 1/5 or less what they routinely expended in May and June, which right there explains why their offensive has stalled. One of the major questions is whether they can rebuild a serious attacking force by spring. I am thinking not, but I suppose history tells us never to underestimate Russian capacity to fight on.

One of the major questions is whether they can rebuild a serious attacking force by spring. I am thinking not, but I suppose history tells us never to underestimate Russian capacity to fight on.

The Russians have never had a lack of materiel like this. In WW2, the Soviets were putting out thousands of new tanks every year - in the latter half of the war, TENS of thousands per year. Currently, it'd be shocking if they could build a few hundred tank in a year - more likely, they'll struggle just to built a few dozen, if even that.

Even in the old Russian Empire under the Tsars, there was a huge emphasis placed on mass production of both rifles and cannons / artillery, and even when their equipment was behind their rivals technologically, they still managed to manufacture and field frankly obscene amounts of it. Russia's biggest problems historically were always logistical - physically getting already extant materiel to the front, rather than not having BUILT said materiel yet.