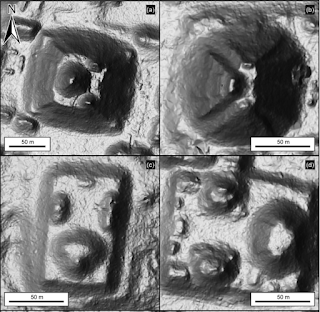 Amazing new article from Hansen et al. on Lidar mapping in one of the most densely inhabited parts of the classic Maya world. The area covered is the southern half of the "Mirador-Calakmul Karst Basin," a broad valley full of caves and sinkholes, part of the Petén plateau. 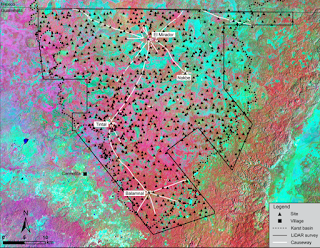 The study documented 964 Maya settlements, which is a whole lot more than there are today. All of the large sites were known, but several new smaller sites were discovered. 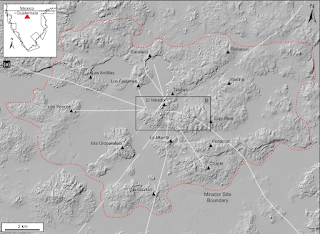 The largest site in this area is el Mirador. Here is a map of the town and its surroundings.

And zooming in on the town itself. 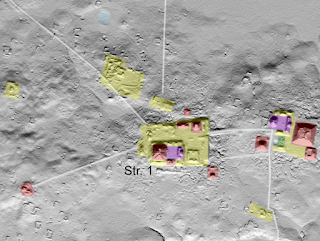 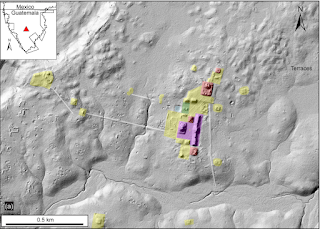 And a smaller settlement, Wakna. There are many more examples in the article. 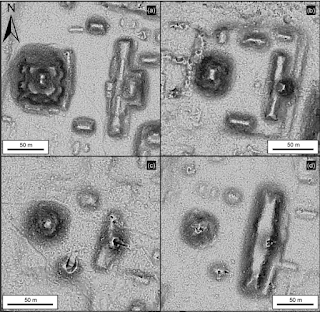 Fascinating image showing four "E Groups," a common arrangement for temples in the heart of the settlements. 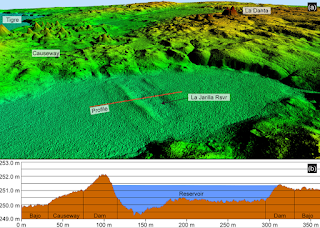 The valley is rather dry, but the Maya solved that problem with an extensive system of reservoirs and canals. 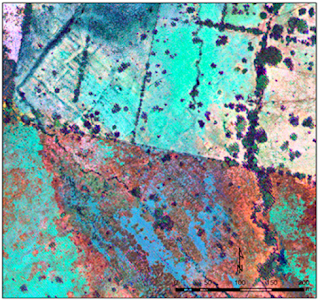 Image from a different project showing the traces of Maya swamp agriculture, especially visible in the upper left. The Petén plateau was full of shallow swamps, which the Maya farmed by digging mud out of canals and piling it onto long, narrow fields, creating such rich land that it is still visible on infrared aerial photos because the vegetation is so dense.

Lidar has added yet more detail to our picture of the classic Maya. Their civilization was extremely impressive: dozens of cities, thousands of towns, all  connected by roads as impressive as those built by Rome, all supported by a vast network of water systems and farming done in former swamps. And then, for reasons that remain mysterious, it all fell apart and reverted to a vast jungle inhabited by villagers living by slash and burn farming.