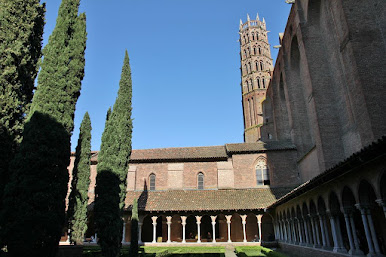 If, like me, you associate the word "Jacobin" with certain radicals of the French Revolution, the name of the Jacobin Church probably puzzles you. But the revolutionary Jacobins took their name from the place where they met, an old Dominican monastery. The original Jacobins were the French Dominicans, who acquired that name because their Parisian headquarters was on the Rue de St. Jacques. And that is why this wonderful church bears the name of the bunch of Revolutionary atheists. 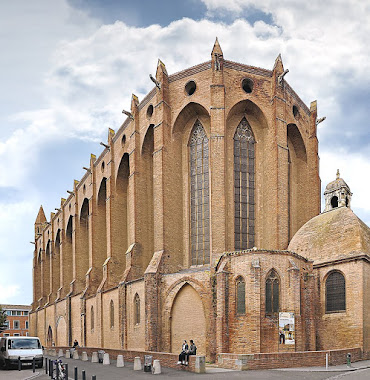 The Dominican Order was founded in Toulouse in 1215 by Dominic of Osma, to combat the Cathar heresy through preaching. They later came to be associated with the Inquisition, which is why the French revolutionaries suppressed them in 1789. But at the time of their founding they were a small order of wandering preachers. So their first church. built beginning in 1230, was a modest brick structure. Since they still took their vows of poverty seriously, it was also very plain. 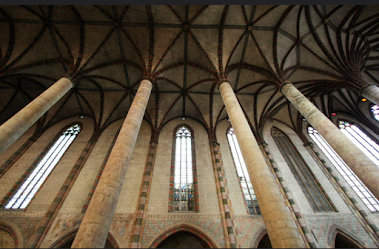 But as these things went, they got richer and more famous and more proud, and their church grew and grew. First nave was lengthened to more than twice that of the whole original church. Then, in 1275 to 1292, it was made much taller, and the wonderful glass windows were installed. There were some problems with raising the walls that much higher on the original foundation, so a row of pillars was built to hold the roof. 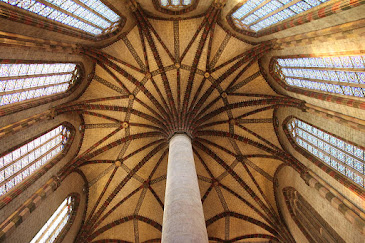 Including this pillar, known as the palm tree. 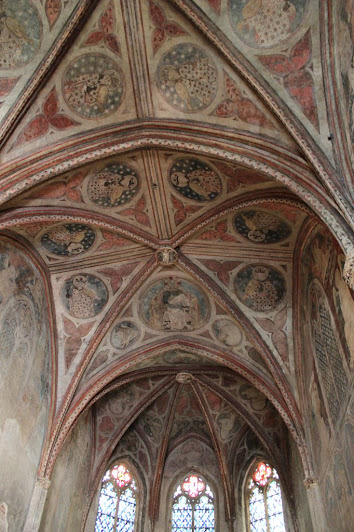 And of course side chapels were added, especially one to Stain Antonin, a local martyr.  The surviving paintings, made in 1335-1341, are what drew me. 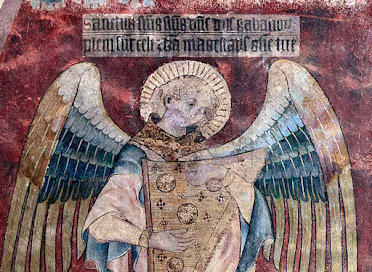 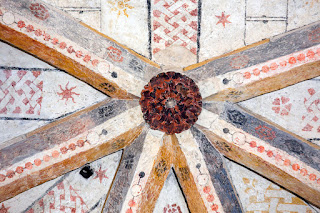 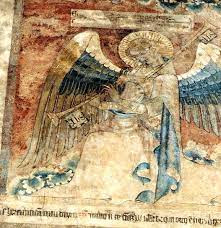 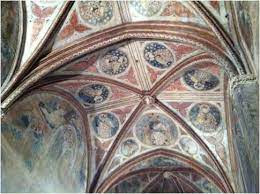 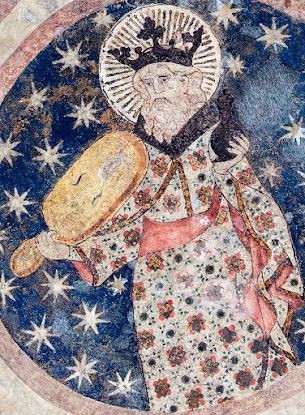 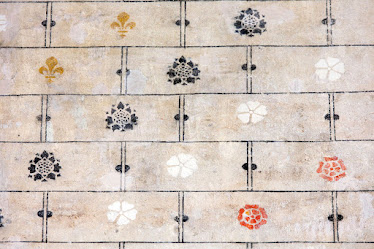 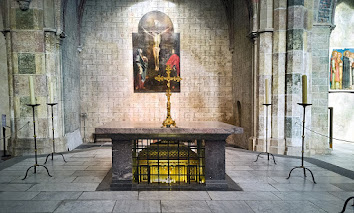 In 1368 the relics of St. Thomas Aquinas, a Dominican, were translated to this church, and there they remain. 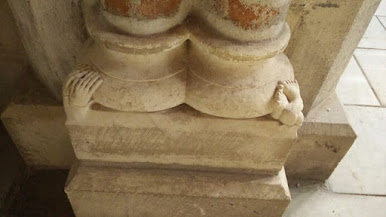 But someone was not especially impressed; directly behind St. Thomas' is this amusing bit of sculpture, known as the Little Crushed Man. Feeling the weight of all that Scholastic logic? 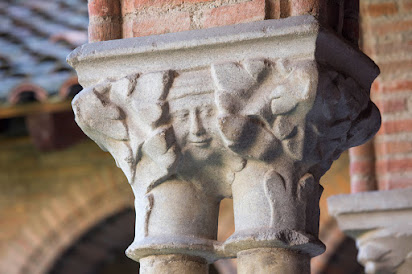 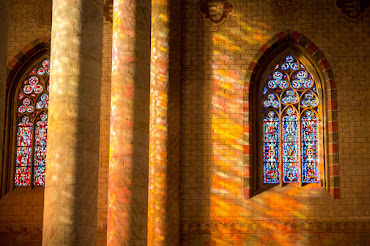 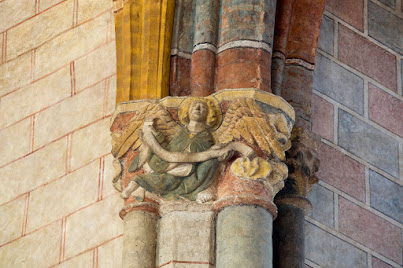 Now a museum, this looks like a delightful place to visit.
Posted by John at 10:03 AM