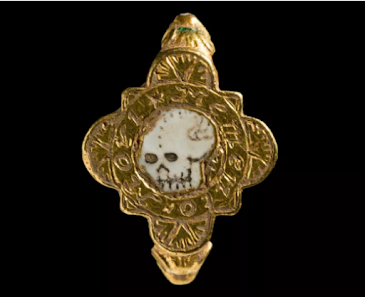 Against minimum parking requirements: "California has expensive housing for people and free parking for cars."

The experiment with releasing genetically modified male mosquitos whose offspring don't mature, thereby reducing wild populations, has been on hold since 2011 but may finally go ahead this spring.

Why nuclear power has been a flop.

This week's mind stretching exercise: could the physical basis of memory be in the form of numbers stored within single neurons?

Howard University dissolved its Classics Department and Cornell West is upset. Interesting to read a man who thinks of himself as a radical black intellectual defending Homer and Socrates in the most traditional terms. (Washington Post)

The conflict between Spanish missionaries and Native Americans over polygamy, one of the issues behind the Pueblo Revolt and other conflicts.

Building low-cost homes from "aircrete." Cultish, and for those who remember the 1960s it smacks of Buckminster Fuller's domes, but honestly we could built strong, livable houses very cheaply if we massively leveraged these sorts of technologies. There are parts of the world where millions of people live in sheet metal shacks. We don't because, well, you know the litany. But maybe we should.

In Colombia, hundreds have converted to Orthodox Judaism, mainly from Evangelical Christianity. They mostly form their own communities rather than joining existing congregations. (Washington Post) Some discussion from Scott Siskind here.

One of the few good things about modern architecture is that you can build a house that's mostly windows for enjoying a spectacular view, like the one of this Scottish loch.

The number of suicides in the US fell 6% last year, somewhat mystifying given that many studies have shown a big increase in anxiety and depression. My theory would be that misery is easier to cope with when it has an identifiable outside source you can blame, and maybe even more so when you can reasonably look forward to its end.

Depressing AP piece on the poor Romanians, mostly Roma, who burn plastic stuff to extract copper and other valuable metals, scraping out a living while bemoaning the old days under communism when everyone had a job and nobody was rich enough to build new villas.

In the 1970s Susan Stamberg, Linda Wertheimer, Nina Totenberg and Cokie Roberts were aspiring female journalists who couldn't get editors to assign them serious stories. Unwilling to stay on the women's pages they signed up for National Public Radio when it was so new they had no furniture and held meetings sitting on the floor. They and NPR made each other. It's the perfect story of second-wave feminism in action, and it feels oddly old-fashioned to me. We have largely removed the barriers that kept the highest performing women out of top slots but that hasn't led to a society well set-up for ordinary women, especially mothers.

"A joyful outcome to a terrible situation": many female dancers have taken advantage of the year-long shutdown in live performance to have a child. (New York Times)

Watch a dog wander onto high school track, blow past the leader to win 4x200 relay. And we're talking about a modest, shaggy dog here, not one built for speed. We humans are obsessed with our own athletic performance even though we are completely lame compared to other animals. Usain Bolt is a very famous person but he couldn't have come close to my old dog, even when she was 10 years old and getting arthritic. We have swimming races, as if the fastest human swimmer were anything special in the water; an otter leaping into a swimming relay would look pretty much like that dog did on the track, except it would swim rings around the people for added fun. Not only are we bad at these things, we sometimes make it even harder on ourselves by adding layers of difficulty, viz., requiring swimmers to use strangely unnatural strokes, or race walking. If we focused on the things we are actually good at the Olympics would feature complex intellectual tasks (science, design), verbal acumen (oratory, stand-up comedy, poetry slams), and networking (maybe one of those pyramid scheme games like "Airplane.")

Many interesting links here, but that last little mini-essay is brilliant. I've never thought about that before, but it's true. Except--are humans really better at networking than, say, ants?

I had the same thought. But ants can only network with their close relatives, whereas someone like George H.W. Bush could network with people from 50 nations on every continent.

My first draft had "chess," but then it occurred to me that we aren't the best at such games any more.

Of course, when you've got billions of close relatives, who needs other continents?

One things humans do seem to be built for, and that I tentatively think we may be better at than other land-dwelling animals, is continuous long-distance running.

It depends. We're still the best at chess, if you hold the view that our machines are an extension of ourselves.