A Trip to Gettysburg 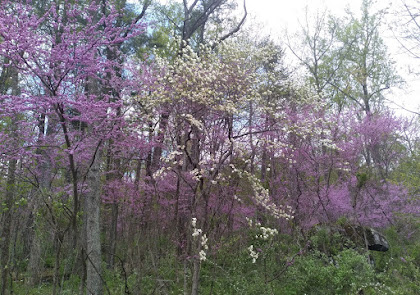 Across the whole battlefield the woods looked like this, nature mocking the historical sadness of the a place where 8,000 died. 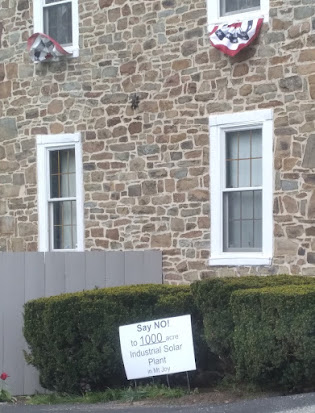 On the way I saw lots of signs like this one. 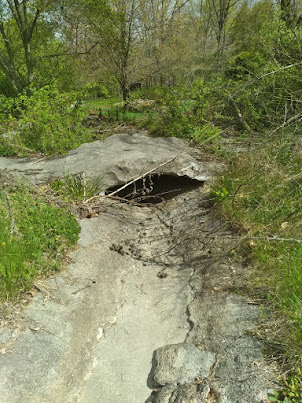 Here's a type of site that might puzzle future archaeologists. 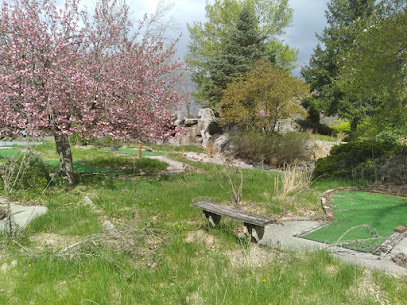 The abandoned miniature gold course! It occurs to me that since miniature golf first got big in the 1920s some of these will soon be 100-years-old and therefore eligible to be recorded as archaeological sites. 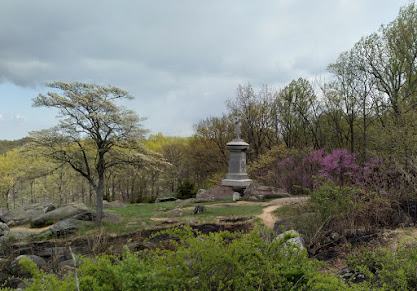 Monument near Little Round Top, looking like a garden. 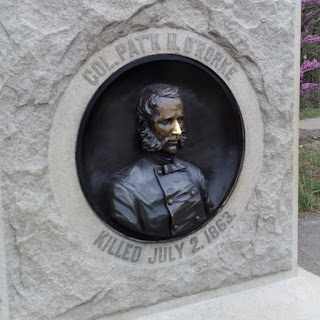 Colonel Patrick O'Rourke's nose. I meant to ask a ranger if people touch it for good luck but forgot. The defenders of Little Round Top were fighting downhill, which made them harder to charge, but on the other hand meant their officers were constantly exposed to sniper fire, and most were shot. 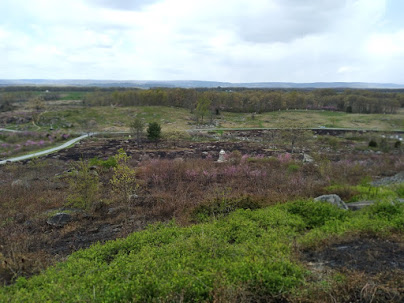 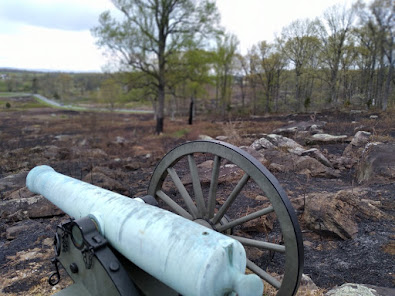 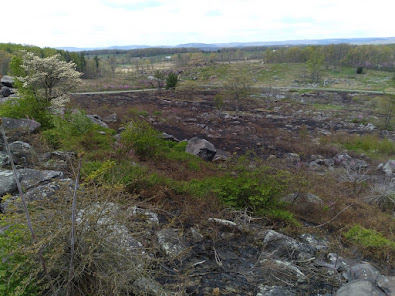 Aftermath of a controlled burn at Little Round Top. The Park Service does this a lot these days to keep areas that were open pasture during the battles from growing up as forests. 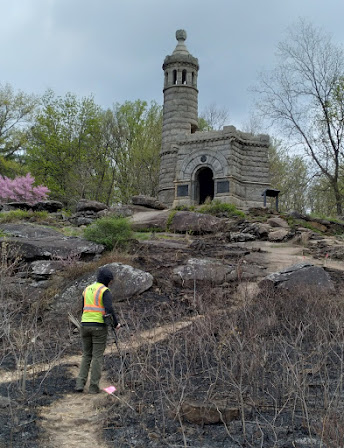 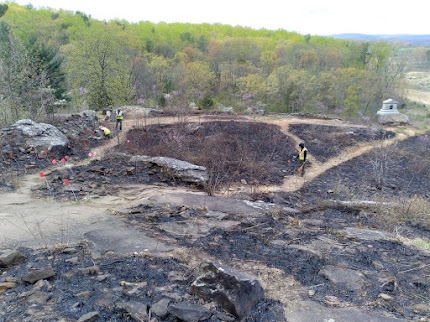 Archaeologists in action.
Posted by John at 7:36 AM

"On the way I saw lots of signs like this one."

I see they prefer to get their electricity from the region's natural gas and coal power plants located in other people's backyards.

Selfish hypocrites, enjoying all the benefits of regional energy production without suffering any of the drawbacks themselves. They want to pass the buck to future generations so they can keep their local rural aesthetic? Infuriating.

We have to produce electricity somehow, we simply cannot keep relying on fossil fuels - so it's either new solar and wind, or it's new nuclear. But do they care? No. They want to stick their heads in the sand and just ignore reality while continuing to profit off unclean energy, just so long as it's out of sight and mind.

I attended seminary in Emmitsburg, Maryland, just 12 miles south of G-burg. We spent many hours in the battlefield, wandering among the memorials and hillocks, the split rail fences and the grave sites. It was always a somber experience, but one that also gave me a sense of hope and comfort.