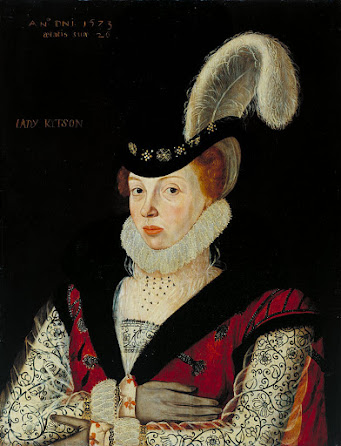 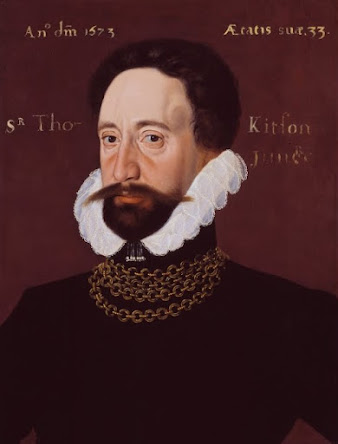 George Gower (c. 1540-1596) is a remarkably obscure figure considering that he was "Serjeant Painter" to Elizabeth I and painted much of England's nobility. His oeuvre has shifted over the years as paintings have newly been attributed to him, and paintings that used to be attributed to him have been assigned to others. All based on style, mind you, so that will probably change again. Meanwhile, here are some currently attributed to his hand including the two earliest on the list, Lord and Lady Kyston. 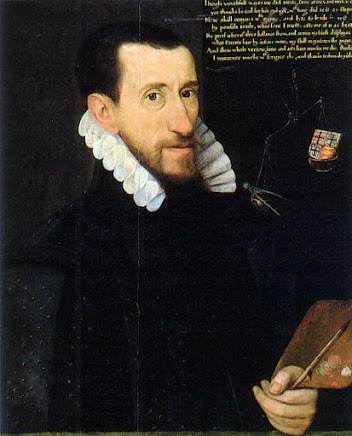 Self portrait of 1579. Gower came from a gentry family, but as you can see he didn't think very much of them; the allegorical bit on the right shows his painter's tools outweighing his coat of arms. Since I hate to have any sort of clothing tight to my throat, so much so that the thought of tight cravats ruins my fantasies of past lives, I very much admire this open ruff. Could I have gotten away with this? 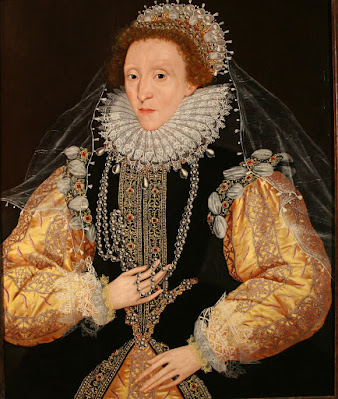 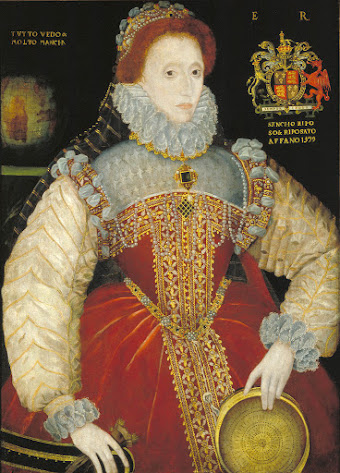 Elizabeth I. These are two of the paintings that have shifted authorship most, but right now both are attributed to Gower. Hey, he was Elizabeth's official painter, he must have done at least one portrait. 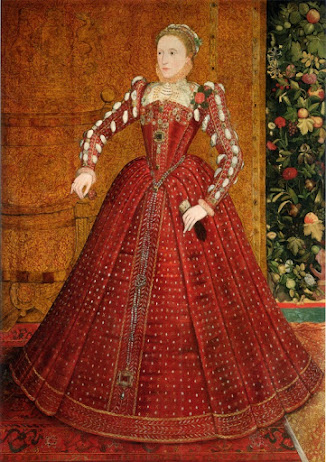 Here is one currently assigned to either Gower or Steven van der Meulen. 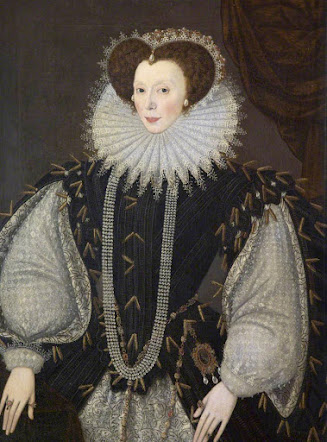 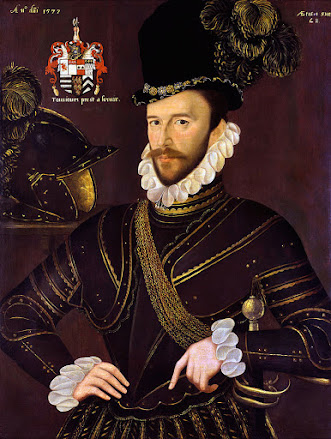 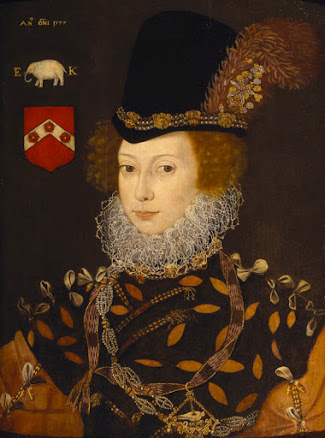 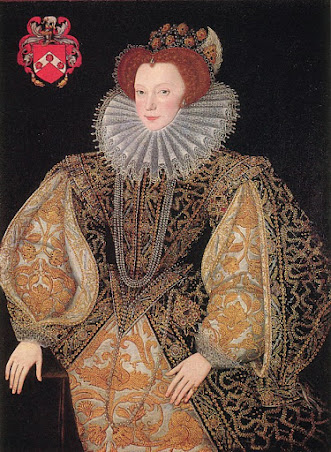 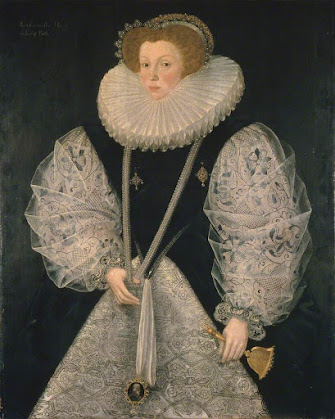 Elizabeth Knollys, Lettice Knollys, and Mary Cornwallis.
Posted by John at 9:24 AM

Clothing designed for people who never have to work (or move?). It does not look comfortable, and those choker collars are laughable. It might be cool to track the changes in clothing style between classes as the royalty and landed gentry (if that is the proper term) gave way to the industrial revolution and an emerging middle class.
Did the middle class bring on an entirely new kind of clothing style and functionality?