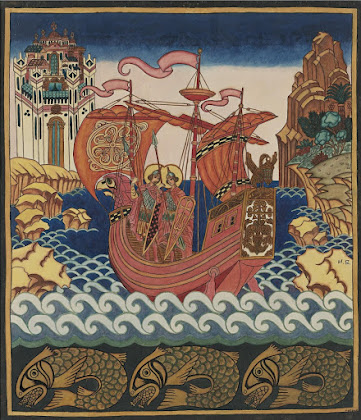 Short video of a lightning strike destroying a tree, stunning.

Archaeologists say 100,000-year-old footprints found on an ancient Spanish beach represent a clan of 36 Neanderthals, the adults walking in straight lines and children frolicking among them.

According to this story, many psychologists think teenagers won't suffer from their "lost year" unless grown-ups constantly harp on how bad it was. (New York Times)

There is a drug that makes opioid pain relievers more effective, giving people better relief at much lower doses: amphetamines. This has, I discover, been known for 50 years. Of course learning enough about the details of the best regimen has been a bit of a challenge, but it looks like this is still worth it. (Via Scott Siskind's monthly link post)

Roman strongbox – basically a stoutly made chest with a lot of metal fittings – from the 4th century AD found in Spain.

Is American politics too meta?

Giant Pterosaurs raise a lot of questions, including, how could they carry prey without snapping their meters-long necks? New CT scans of vertebrae reveal complicated structures that provide part of the answer.

And a 2019 New York Times piece on the evidence that pterosaur babies could fly right out of the egg.

Something I knew nothing about: the hunting traditions of Taiwan's indigenous people and the conflict over them. (New York Times)

Syrian/French artist Khaled DAWWA has turned his experience with various forms of detention into a series of sculptures called "Compressed."

Another writer rather mysteriously maintains that "The risks associated with the literary and artistic vocation have risen." Indeed there is still censorship, and indeed there is still risk in art, but we have now hardly compares to, say, the 16th century, or the Cultural Revolution. The need some people have to think things are getting worse has always puzzled me.

Against apocalyptic thinking, pretentious and literary but still interesting

John McWhorter is posting excerpts from his new book on his substack; the book argues that woke anti-racism, which he calls Electism, is racist and horrible for black people.

Trying to cleanse computer science of racist language: master, slave, blacklist, etc. The immediate problem is that since the IETF can't agree on new terms, various programming groups are inventing their own, raising the possibility of much misunderstanding (New York Times)

Our politics is as meta as politics usually is. With the term "meta," the author is actually talking about what politics is actually about in the first place: human relationships, which means a lot of politics is about identity and power. That can't be escaped. In fact, the article is yet another tedious attempt to pretend politics can be about the purely rationalistic pursuit of practical solutions. With that, the author doesn't succeed in escaping real, human politics anymore than anyone else can. The particular identity disingenuously at stake in this article is the LessWrong techbro, and the article is full of the badges of Less Wrong techbro identity, including use of jargon ("the Overton window"), creation of new jargon (see the skippable exposition of the nuances between the "non-well-founded-gaffe" and "Even-less-than-non-well-founded gaffe"), and the obtuse ignoring of real issues of power and identity for a focus on highly technical practical issues, especially those that are susceptible to statistical analysis (mercifully, the author doesn't use the word "Bayesian"). As for power, well, talking about technical and statistical issues is certainly going to increase techbro power.

Siskind's blog, an offshoot of LessWrong, is worthwhile as and when he transcends this sectarian techbro guise.

Frankly, I don't know why changing technical jargon. I never associated master-slave or blacklist with racism :/ And I come from a Slavic nation - "Slavic" gave English the word for "slave",

@David Overton window is LessWrong jargon? Wow! I've been using it and I've been reading about it for years not knowing it was a jargon :D I thought it was coined years or maybe even decades before LessWrong was created.

"Overton window" is an old term but it is the sort of term they like at Less Wrong, where the rhetorical style is heavy on things that make it look like you know a lot.

I see. I know about LessWrong only because of Scott Alexander (Suskind... I still can't get used to the fact that he goes with his real name).

Yes, for me he'll always really be Scott Alexander. I do enjoy a lot of his blog, especially when he also doesn't use the word "Bayesian." :-)

While I didn't particularly care for the display from a stylistic and aesthetic standpoint, I'm struck by the potential of the technique and medium and the room for improvement. This could be very real competition against large scale firework displays - far more fine control, far less smoke and pollution, reuseable, and far friendlier to people (and animals) with hearing sensitivities, anxiety issues, etc.

The one area it will, naturally, be seen as lesser in is the "big boom" factor - there's a very strong cultural and physiological affection for powerful reports in most people.

"Something I knew nothing about: the hunting traditions of Taiwan's indigenous people and the conflict over them. (New York Times)"

Not gonna pay to read the New York Times, so I looked for other outlets's takes. It's strange - coverage is very uneven. Some outlets frame it purely in terms of the Big Bad Government trying to quash indigenous traditions - but it seems what people are actually upset about is that a traditional hunter wasn't allowed to break the law to hunt endangered species with an unlicenced firearm, details which some outlets omit entirely. Some of the descriptions, such as saying the hunter in question was "arrested for killing a deer and a goat", are wildly disingenuous.

Knowing the ommited details, I have zero sympathy for the hunters - whatever indigenous hunting traditions they may have, I can't fathom a valid reason why such traditions would necessitate illegally hunting protected species with a firearm that doesn't meet legal standards that exist to protect the innocent. They can practice their traditions with a licensed gun and hunt animals that aren't on the brink of extinction. Their position is wholly unreasonable.