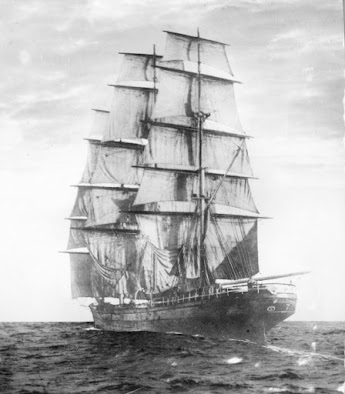 Excerpt from John Boehner's memoir describing the Republicans' turn toward craziness in 2010.

The History Blog: "The wooden lifeboat that carried the crew to safety after their ship wrecked off the western coast of Australia in 1891 has been found intact in the rafters of a hay shed."

The meter-wide, featureless, gelatinous blobs occasionally seen floating in the sea off Norway have been the subject of scrutiny and conspiracy theories for 35 years. They have now finally been identified as the egg sacs of a common squid, Illex coindetii

Anger on the right: “Most people living in the United States today — certainly more than half — are not Americans in any meaningful sense of the term.”

Trying to redeem social psychology after the replication crisis.

Denver Riggelman is a former Republican Congressman who lost a primary in 2020 to a far-right character and now devotes himself to fighting QAnon and other disinformation. (New York Times)

I complained a while back that nobody knows how to move artifacts between museums with style any more. I was wrong.

The toxic mess in Brooklyn's Gowanus Canal is finally being cleaned up. In a New York desperate for more housing the de Blasio administration plans to rezone the surrounding area for 8,000 apartments and condos. Residents, of course, are suing to block the plan. (New York Times)

Why would our immune system have the capacity to recognize and respond to bacteria it has never, ever encountered, that has evolved in a totally foreign environment?

The deep sea is just a few degrees shy of being outer space. I'd be far more surprised if our immune systems COULD detect such bacteria, as that would imply strange things.