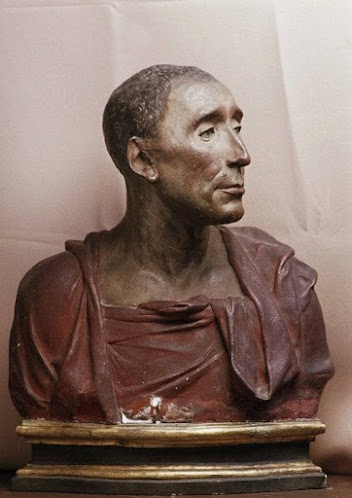 Old stories retold: young woman tries to get her kind but lazy boyfriend to be more like her dynamic, hard-working father. Advice columnist responds: no. (Washington Post)

Police reform in action: the police in Newark, New Jersey did not fire a single bullet in 2020, which was the first year on record they did not pay a single cent to settle claims of police brutality. It can be done.

Hans Holbein the Younger, best known for his portraits of Henry VIII's court, liked to paint his children into Nativity scenes and the like.

A new Supreme Court case asks us to consider what freedom of association – the First Amendment actually says "the right of the people peaceably to assemble" – really means. The case considers whether groups that participate in politics can be forced to disclose their donor lists, and it is opposed by organizations from NARAL to the NRA.

Study shows human activity has raised biodiversity in many parts of the world.

Brian Scalabrine was a bad NBA basketball player, rode the bench his whole career. Now he's retired. A high schooler recently challenged him to a game of one-on-one for their shoes, lost 11-0. So long shoes. A reminder that even bad professional athletes are way, way better than you.

Clare Grogan, who starred as a teenager in Gregory's Girl (1981), says people still come up to her every day and tell her how much they loved it, or ask her to dance lying on the grass.

A bunch of guys named Josh fight for the right to be the one true Josh.

Things have gotten so bad in some remote parts of Venezuela that people welcomed the arrival of militant drug-smuggling rebels from Colombia. (New York Times)

Today's thing that has become problematic: the gentrification of thrift stores.

The Supreme Court ponders whether a school can punish a cheerleader for a profane snapchat rant posted from off campus over the weekend. (Vox, NPR, New York Times). When, if ever, can a school sanction off-campus speech? One of the old rules is that schools can punish "disruptive" behavior, but what if the disruption is that the whole school spends Monday passing a snapchat post around and arguing about it? What about abusive bullying? Racist taunting? Or should we just say that that the school's authority ends at the public sidewalk and be done?

On the snapchat rant, I think there is a provision in some employment contracts, including for school faculty, that employment can be terminated for conduct that tends to bring the employer into disrepute. Yes, this could be abused, but the basic principle seems sound to me. I haven't read anything about this particular case, but I'm pretty comfortable with applying a similar principle to college students as well.

That story about the young woman who wants to change her boyfriend so he's more like her father--wouldn't Jordan Peterson say the man should suck it up and become a hard working big-provider type so as to fulfill this woman's need for an archetypally male mate? The obvious fakery this would require should make anyone skeptical of this as a life plan; but isn't it what Peterson would say?

I've now read the NYT article on the cheerleader. It certainly seems to me like the high school overreached here (even if someone should have told this young woman about the difference between the comment you write and the comment you actually post). But what I really want to remark on is the Supreme Court's tone as conveyed in the article. I was impressed at the court's free-wheeling, lively discussion. The presence of three Trump judges hasn't (yet?) turned it into a right-wing hellscape. For example, at no point, at least according to the article, did Amy Coney Barrett say, "On the road to Gilead, this sort of thing cannot be tolerated from our young Christian maids." I'm still annoyed at how they got into office. But the republic may yet survive.

"Police reform in action: the police in Newark, New Jersey did not fire a single bullet in 2020, which was the first year on record they did not pay a single cent to settle claims of police brutality. It can be done."

Of COURSE it can be done! Countless other affluent countries do it every single day!

Heck, in many places, the typical police officer doesn't even carry a gun! When the expectation is that police should deescalate situations rather than respond to every problem with the threat of force, you don't need guns, because you basically never end up having to use them!

The only reason we have a problem is because collectively speaking, Americans are stubborn idiots who refuse to make changes and adopt methods that have long been proven to work exceedingly well elsewhere!