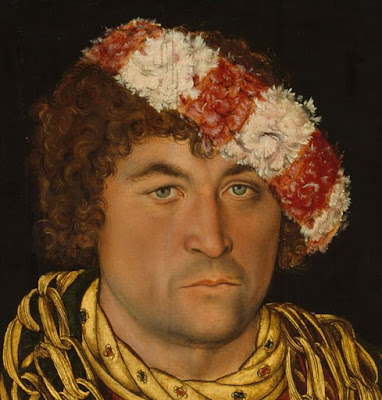 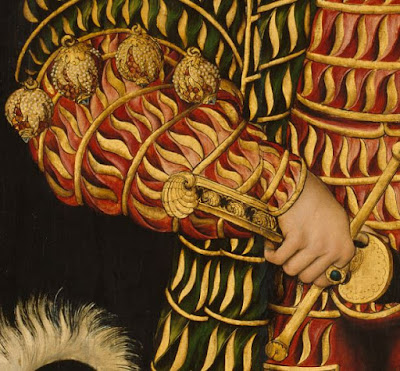 The Rijksmuseum in Amsterdam is putting on a show of full-length portraits, and I was struck by two works by Lucas Cranach the Elder (1472 – 1553). Cranach was a German Renaissance painter and printmaker who spent most of his career as court painter to the Electors of Saxony. Above is his portrait of Elector Henry the Pious. I find Cranach's work strangely uneven, but this may be because he was as much the organizer of a large studio as a painter. Many of his paintings exist in several different versions of varying quality; presumably some were copies by assistants of an original by the master, although one never knows. Looking at this, it seems clear to me that the master handled the excellent face; but who did the strange feet? The royal clothes of this period are simply astonishing. 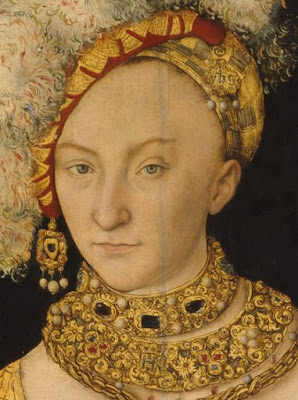 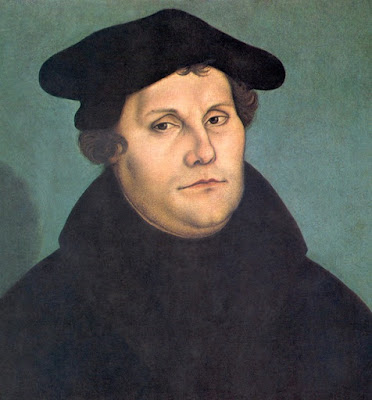 Cranach was a close friend of Martin Luther and painted him more than once. He personally went on his knees to Emperor Charles V to plead for lenience on Luther and the other Reformers. 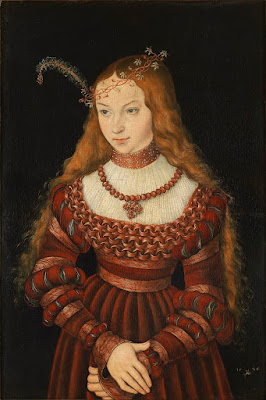 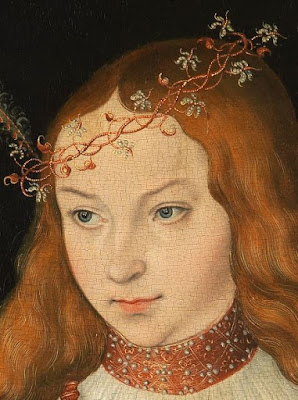 My favorite Cranach portrait, Sibyl of Cleves, which I featured in one of my Faces compilations. 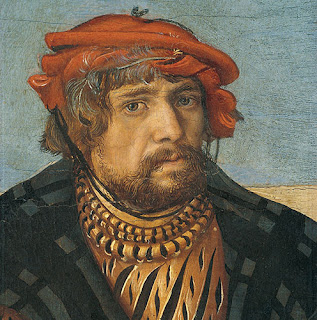 And one more, a detail from a religious scene. 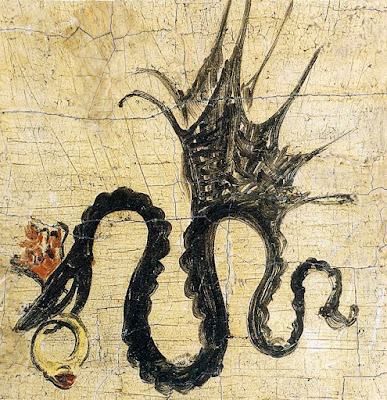 Cranach also had one of history's coolest signatures, this dragon with a ring in its mouth.
Posted by John at 9:41 PM