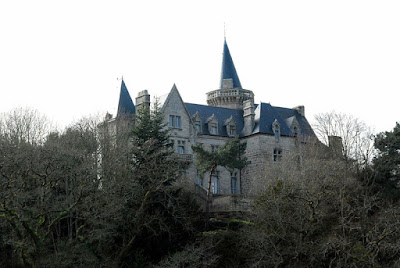 This lovely castle was built between the early 14th century and the mid 16th, and then restored in the 19th. The oldest stone work you can see probably dates to 1426. It is located in Névez, at the mouth of the river Aven on the south coast of Brittany.  It was positioned partly for defense and partly to help enforce the lord's toll on salt shipped down the river. 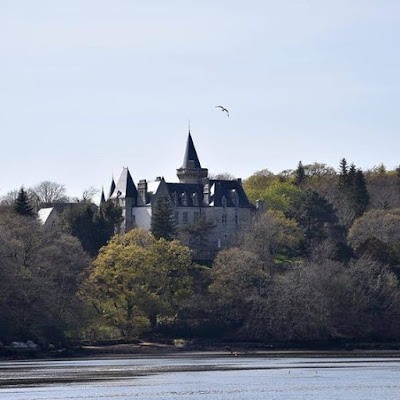 Most of the pictures I have seen were taken from the river, since the castle is still in private hands. 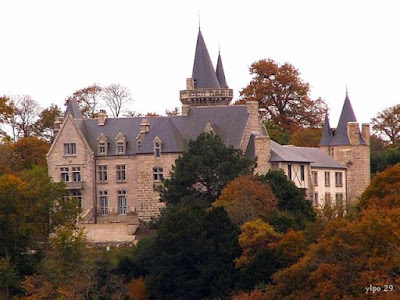 But here's an alternate view. 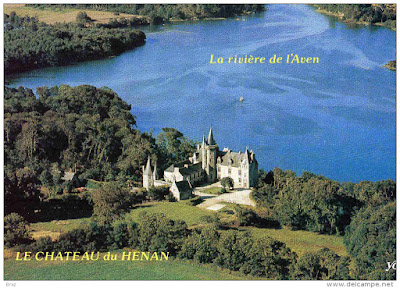 And an old postcard. 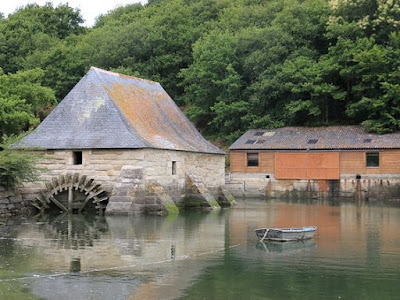 The once huge estate now belongs to the state, including the fifteenth-century tide mill. 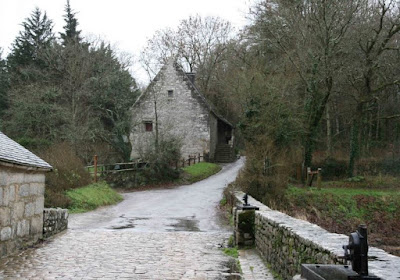 One approaches down this road. I started researching the castle because I saw a bad nineteenth-century painting of the place, which made me wonder, and I kept at it partly because I found so little. In France, it seems, a run-of-the-mill sixteenth-century castle is hardly worth a minimal wikipedia page, let alone a real write-up.
Posted by John at 8:06 AM