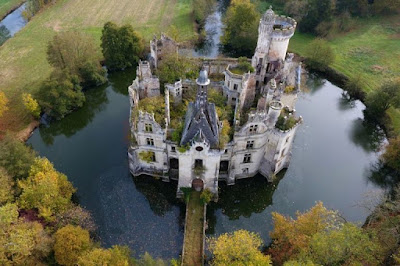 The Château de la Mothe-Chandeniers, a picturesque ruin 200 miles southwest of Paris, is in the news because more than 11,000 people have banded together to buy the site and protect it from demolition. 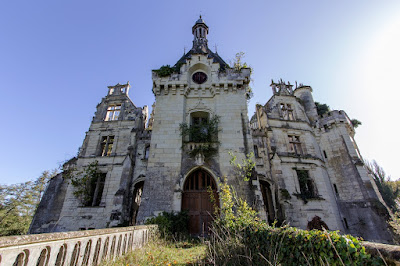 The castle began as a medieval fortress, built in the 13th century by the Bauçay family, lords of Loudun. It was originally called Motte Bauçay (or Baussay). The Motte Baussay changed hands several times during the Hundred Years War and was trashed by a mob during the French Revolution. 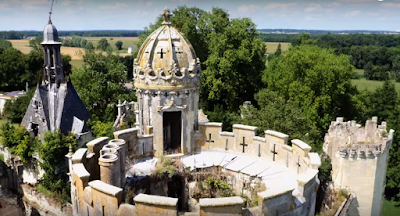 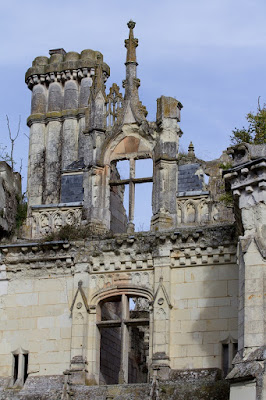 In the 19th century it belonged to a series of wealthy aristocrats and businessmen, most famously Baron Edgard Lejeune. In 1870 he embarked on a major "restoration." If you know anything about how medieval castles were restored in the 19th century, you will suspect, as I do, that most of the Renaissance detailing you see today was the Baron's work. 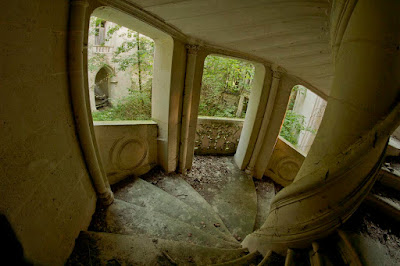 In 1932 the castle was destroyed in a terrible fire. 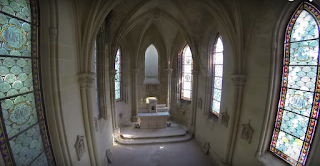 It then passed through various hands, including a high school math teacher, Marc Deyemer, who tried to restore it but found the task beyond him. He ended up frustrated and angry with various historic preservation groups and bureaucrats he thought were blocking his efforts and threatened to destroy it. 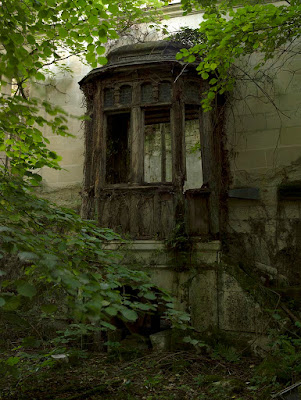 This led to the crowdfunding effort, launched by locals with the assistance of and organization called Adopte un Château. They successfully raised €500,000 from 6,500 people who paid at least €51 each,  enough to purchase the castle. It will take much more to restore it, of course, but when I last checked donations had been received from 17,000 people, so they have at least a start on that sum. 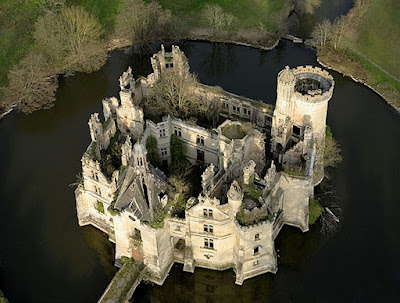 I don't know; I think I would try to stabilize the structure but otherwise leave it alone. Any restoration will get into issues of what should be restored; the pre-Revolution castle, or the castle as remade by the Baron? And with 11,000 owners it might be difficult to agree on a strategy. Besides, I like it as a ruin.
Posted by John at 10:24 PM

I too vote leave it as a ruin...the owners will never agree on anything except to disagree