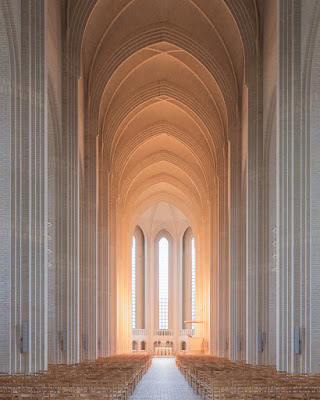 Grundtvig's Church in Copenhagen, Denmark is a fascinating medley of medieval and modern forms. 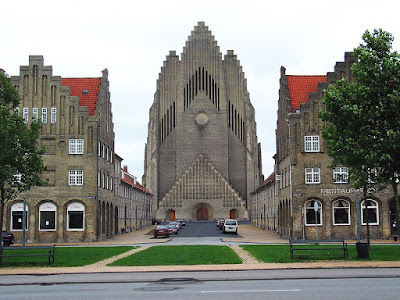 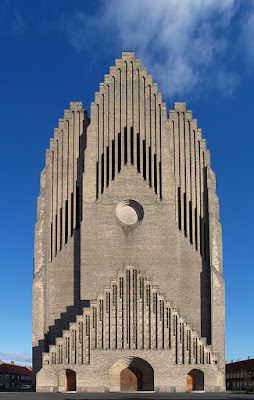 The architect, Peder Vilhelm Jensen-Klint, was chosen by competition in 1913. But World War I intervened, and the foundation was not laid until 1921. Most of the construction was done by 1926, but it was not finished until 1940. 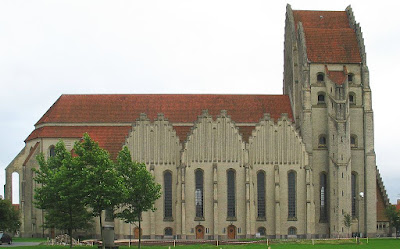 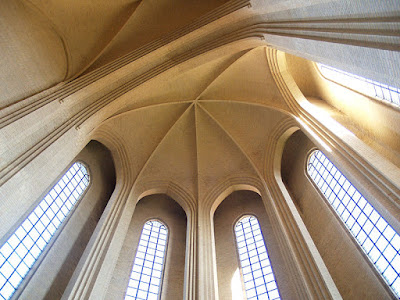 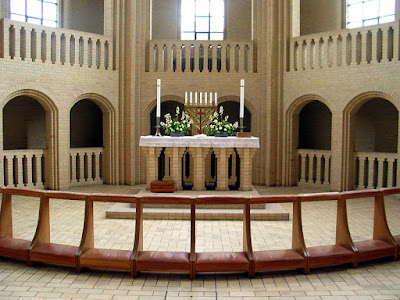 
The term "Expressionist architecture" initially described the activity of the German, Dutch, Austrian, Czech and Danish avant garde from 1910 until 1930. . . . The style was characterised by an early-modernist adoption of novel materials, formal innovation, and very unusual massing, sometimes inspired by natural biomorphic forms, sometimes by the new technical possibilities offered by the mass production of brick, steel and especially glass.

Among the works said to be in this style are the Sydney Opera House and Le Corbusier's chapel at Notre-Dame-du-Haut. I know both of these well and admire them, but can't remember ever hearing them described as "expressionist." 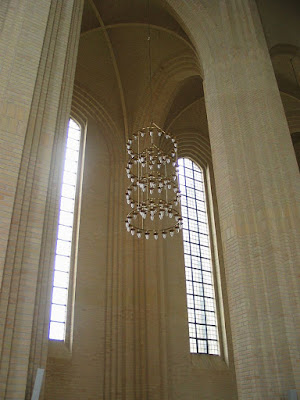 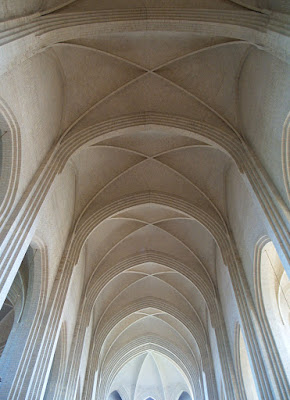 Anyway it's an interesting building, although I prefer the simplified Gothic interior to the rather strange exterior.
Posted by John at 1:24 PM

I looked at it and instantly thought "art deco gothic"! Fascinating building; I so enjoy your architectural posts.