A Bestiary in Stone 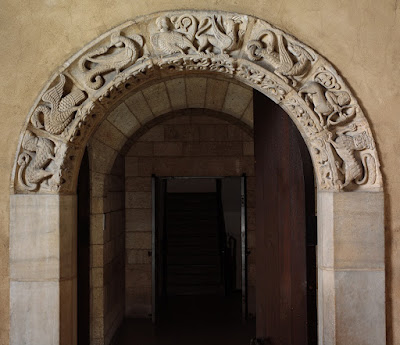 Now in the Met, this stone arch is said to have come from a 12th-century church in Narbonne, France. 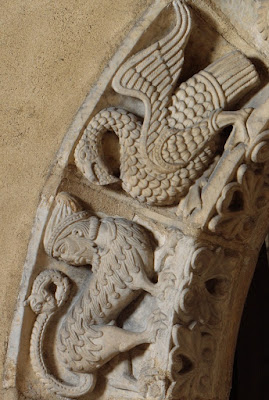 From left to right, in the Met's words: a manticore with a man's face, a lion's body, and a scorpion's tail; a pelican, who pierces her own breast so that her blood feeds her young, symbolizing Christ's death and resurrection; 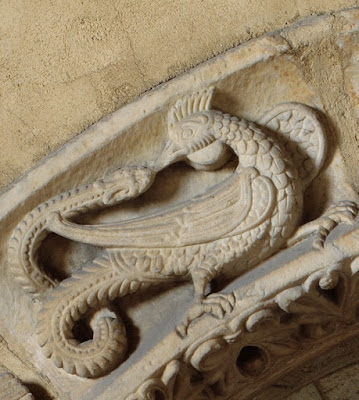 a basilisk, a cross between a cock and a scorpion that can kill with its looks; 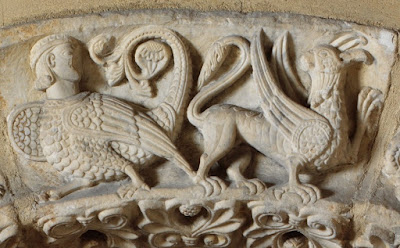 a harpy luring men to their doom with her beautiful voice; a griffin, which has the head and wings of an eagle and the body of a lion; 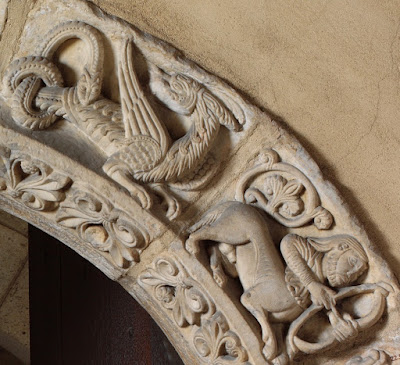 an amphisbaena or dragon, which can form its body into a circle; a centaur with drawn bow; 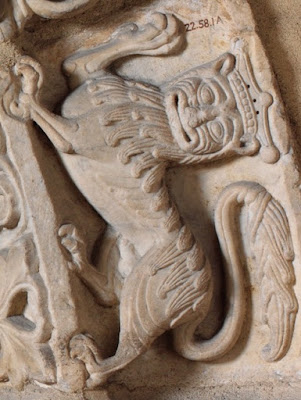 and a lion, who erases his tracks with his tail to elude hunters, symbolizing Christ's incarnation.
Posted by John at 5:48 PM