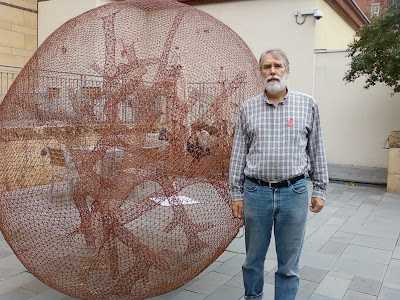 This started yesterday, when I left my phone in my office. I didn't want to be phoneless all weekend, and I am supposed to be in the field Monday, so I started toying around the idea of driving down to Washington to get it. But I wasn't going to drive all that way just to pick up the phone. It occurred to me I have been vaguely intending to take my elder daughter to an art museum, and I have also been vaguely intending to someday visit the Phillips Collection, which is only a few blocks from my office. Aha! A plan was formed. Mary seemed enthusiastic, so we did it. 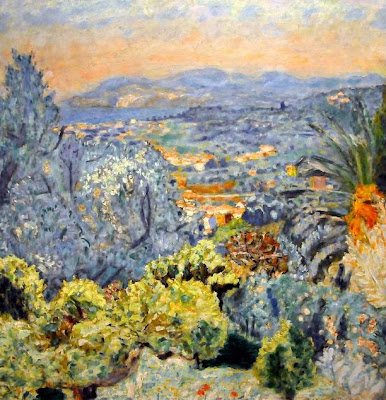 The Phillips Collection is a private museum founded by Duncan Phillips in 1921 to showcase contemporary painters. The most famous parts of the collection are the Impressionist works, including Renoir's The Luncheon of the Boating Party -- Phillips paid a huge sum for this in 1923, knowing it would put his museum on the map -- and some Van Goghs. My favorite of the impressionist works was Pierre Bonnard's The Riviera, above. 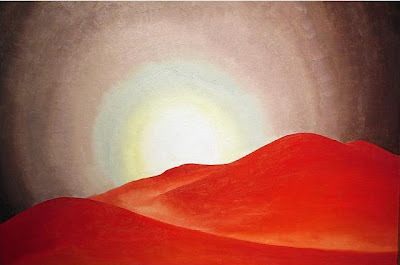 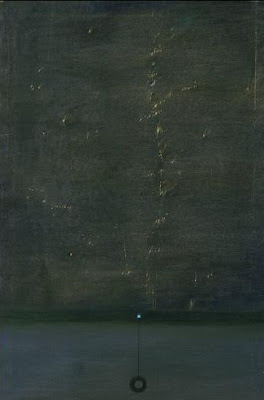 This was my favorite work that I had never heard of, Window Shade by Loren MacIver. You may laugh, but I think this is cool. There was a bunch of strange stuff in the collection, and I liked that. There was also a bunch of stuff that just left me shrugging. But that's the price you pay for idiosyncrasy.

My daughter is still in the anti-Modernist phase of youth, and she doesn't like the Impressionists, so there wasn't much here for her. I'll have to take her to the Walters soon. I had fun.
Posted by John at 4:42 PM