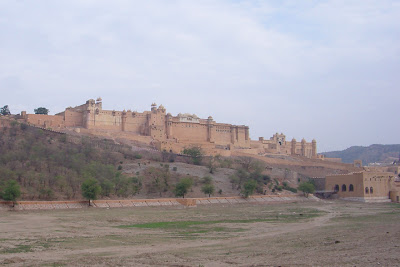 Wandering a used book shop in Dupont Circle last week I found a marvelous treasure, The Royal Palaces of India by George Michell and Antonio Martinelli (1994). This sumptuous book overflows with gorgeous pictures of Indian royal residences, from ruined medieval forts to glamorous mansions built in the waning days of the Raj. Over the next few weeks I am going to be sharing the marvelous places I have been learning about, using a few pictures scanned from the book and others found on the web. I begin with the Fort at Amer or Amber, in Rajasthan, now in the municipality of Jaipur. 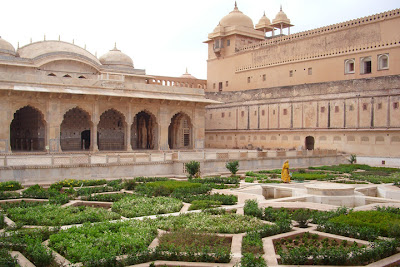 The first fort here was built by the Kachwaha Kings -- one of the Rajput clans -- starting around around AD 1200. The current design goes back to a major reconstruction undertaken by Man Singh (ruled 1592-1615). Like most of these palaces, the complex grew from there, with each king adding something of his own: courts, gates, gardens, apartments. 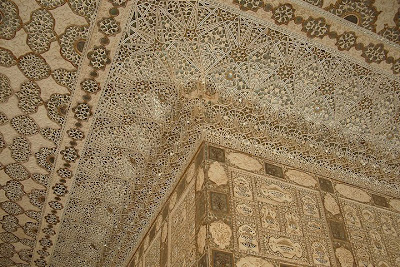 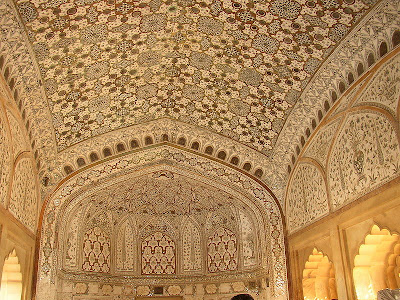 The building is famous for, among other things, the extensive use of mirrors in the decoration. 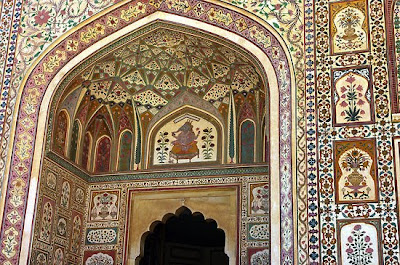 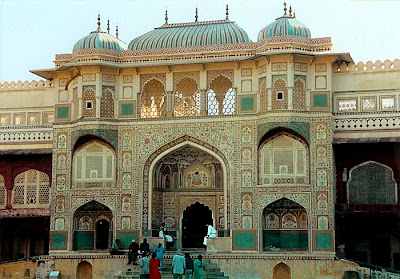 The most famous feature of the palace is the Ganesh Pol, this gate, with an image of the elephant-headed god Ganesh over the doorway. 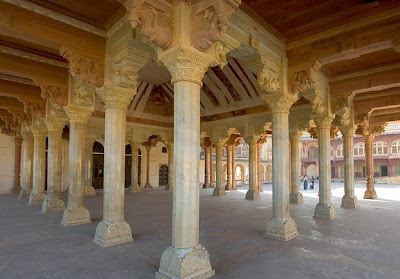 And there is this marvelous columned hall of audience. All of the bigger palaces are cities in themselves where one could be lost for hours. Looking through this book made me want to be there, exploring, seeking new sights through every doorway and around every corner. India is a world of which I know little, and these pictures made me want to know more.
Posted by John at 9:36 PM