The Bolshoi Reopens, or what "Grand" Really Means 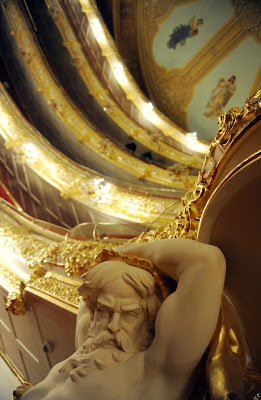 The Bolshoi Theater, a symbol of tsarist grandeur that was never properly repaired after World War II and had been slowly decaying into a ruin, has been fully restored and re-opened. The restoration took six years, marred by accusations of embezzlement and gigantic cost overruns, but to me the results look well worth $760 million. What modern theater can compare to this? 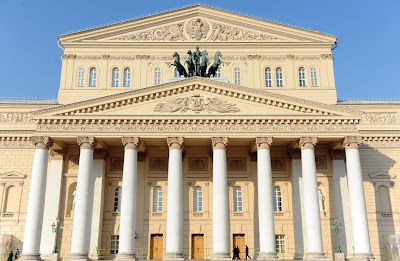 Besides, this is the building where Swan Lake was premiered, where the famous Bolshoi company got its start; why would Russia, where they still love dance, want to lose that? Not to mention that high-end, artistic tourism is big business in Russia, and now a ballet performance at the Bolshoi can be added to tours that visit the Hermitage Museum and other cultural sites. 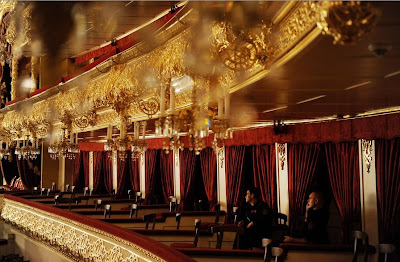 Like the French "grande", "bolshoi" means both "big" and "great," and this building is a primer in what "grand" means. When I look at the public architecture built since World War II I get a sense of retraction, almost of shame. The Victorians knew how to build really grand public buildings: the US Capitol, the great railroad stations, the British Museum, the Library of Congress, and so on. Today we seem to lack an architectural vocabulary for expressing vast public ambition. I suppose contemporary architects consider this sort of decorated neoclassicism inauthentic in our world. And I do understand that to build, today, in this style would be to invite ridicule on the grounds of kitschy ultra-conservatism. But if the alternative is bland boxy modernism that looks like a Walmart, give me kitsch. And preserve and restore the remaining masterpieces of the era when this did seem like an authentic expression of the national spirit. 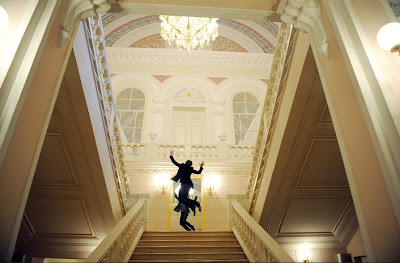