Drusus' Camp, or, When the Romans Tried to Conquer Germany 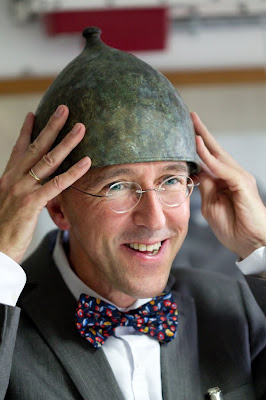 Back in the nineteenth century, a bronze Roman helmet (above) turned up near the town of Münster in the Ruhr Valley of western Germany. This sparked a great deal of speculation and a century-long search for the site from which the helmet came. German archaeologists are reporting this month that the site has been found, a Roman camp from the reign of Augustus. Among the finds are potsherds, numerous coins and many bits of Roman gear. The camp is near the village of Olfen on the Lippe River. They think it dates to the campaign of 11 to 7 BC when Drusus, one of Augustus' sons, was commanding Roman attempts to conquer Germany to the Elbe. The camp is rather small, suitable for about 1000 men, so it was not the headquarters of a Legion; perhaps it was a supply depot. 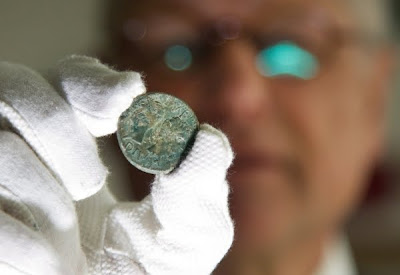