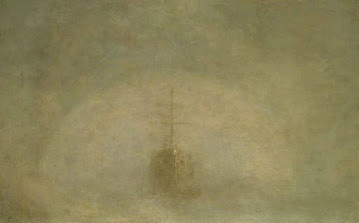 Here's some diversity for you: the Black Girl Hockey Club, formed by black female hockey fans who were uncomfortable attending NHL games with their mostly white, male crowds. (NY Times)

Oregon's CAHOOTS program, which has EMTs and social workers responding to some calls rather than police.

Among the things you can find on YouTube is Lyndon Johnson's speech in the aftermath of Kennedy's assassination.

That came from Farhad Manjoo's NY Times piece about reliving the 1960s on the internet.

Movement in Scotland to pardon all the women executed for witchcraft. I don't suppose anyone supports an exception for the ones who really tried to do black magic.

As battery prices fall, the era of electric cars seems right around the corner. (NY Times)

Review of Orlando Patterson's new book, with a long discussion of his take on slavery and the post-colonial experience.

In 1795 American politics was riled by conspiracy theories about the Bavarian Illuminati, spread by (among others) Yale president Timothy Dwight.

"Movement in Scotland to pardon all the women executed for witchcraft. I don't suppose anyone supports an exception for the ones who really tried to do black magic."

I don't see the issue. Pardon them for the charge of witchcraft, since it doesn't exist, and if you really care about the fact that they attempted to perform non-existent magic or otherwise claimed to be able to, then charge them posthumously with something else, based on their actual actions.

Well, sure - when people have to literally download a fresh copy of a song every single time they want to listen to it, that multiplies things dramatically. But we still want to pretend that recordings have value in a world where digital copies can be made almost instantly for a pittance.

We need to update our thinking, and instead of trying to police digital recordings (a largely futile and extremely wasteful pursuit), find a better way to fund content creators even while allowing people open access to digital copies. We simply can't keep relying on a model that only made sense when the scarcity of physical recordings made sales of such media profitable. Trying to prop up that system by introducing artificial scarcity is simply insane, and monstrously wasteful.

I don't know the perfect answer to our problem, but I think a pretty drastic shift in our thinking is probably necessary. Perhaps a system of patronage, where music and culture are subsidized by the state, scaling based on verifiable metrics of popularity. That would preserve the financial aspect of success being tied to producing a product people want.