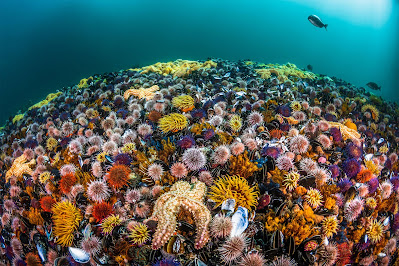 Laid off from their jobs in a Japanese restaurant, Rwandan mothers have found new work babysitting Japanese kids over Zoom.

The real America: the 24 Hours of Lemons car race, which you can only enter with a car that cost you less than $500 and still has the engine and power train it came with. In the news because the race has started a separate category for electric vehicles. (NY Times)

Australia's changing relationship with China; after decades of courting China to pursue trade, Australia is distancing itself over concerns about its sovereignty.

Hannah Bullen-Ryner makes ephemeral bird "paintings" out of leaves, flowers, and seeds she finds in the forest.

In France, debate erupts over the word ensauvagement. (NY Times)

Trying to make fitness trackers work for people in wheelchairs.

History and Hedgehogs at Nea Paphos on Cyprus.

NY Times piece on how the Chinese government uses WeChat to monitor and influence conversation among Chinese people all over the world. I think Trump is right and the US should ban it.

Sad NY Times piece about suicide in rural India, which never mentions what is really happening: peasant life is simply not compatible with modernity, and so modernization always involves the destruction of the peasantry. The best-case scenario is that 90 percent move to the cities.

The history of punctuation

In despair about the American police, violent and utterly separated from the communities they are supposed to serve? Then read about Brazil and consider how much worse it could be. (NY Times)

The anti-bourgeois: a glimpse into the lives of Americans who live in RVs and travel around the country from job to job, campground to campground. (Washington Post)

Using AlphaZero to test chess variants, in pursuit of a more "beautiful" game

So a self selected group of people claiming to possess 100% accurate identification skills are working for the police without governmental or scientific oversight?

Surely nothing could possibly go wrong with this scheme!

It's not as if the last time we trusted a bunch of self accredited experts to work with the police to convict people based on their "100% reliable" skills, it turned out a huge amount of their claims were bogus and untold numbers of innocent people were convicted for crimes they didn't commit! *cough!* *forensicscience!* *cough!*

It's so very fortunate that having a naturally heightened aptitude for recognizing faces also means you are wholly infallible, unbiased, and incorruptible! No danger of delusions, false positives, difficult to uncover corruption, et cetera!