The Lord of Brück 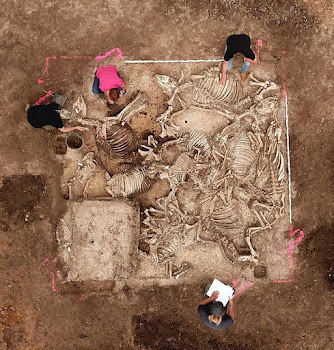 Near the village of Brück in central German archaeologists have discovered a cemetery containing at least 60 graves, all dating to around the year 500 AD. The most recent find is the spectacular tomb of a Germanic king. Above is a pit full of sacrificed animals – bulls, stallions, and dogs – adjacent to the main tomb. 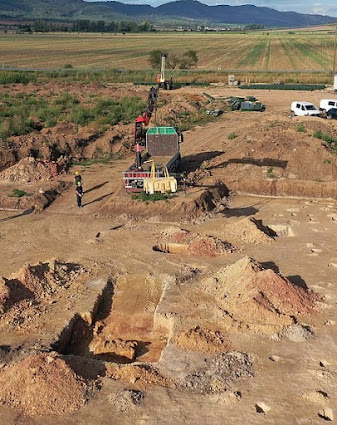 The king's body seems to have been placed in a bronze cauldron at the center of the tomb, but this was in poor repair so the archaeologists crated up the whole thing for excavation in their lab. 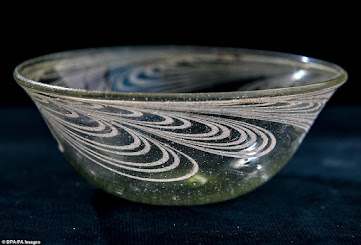 Glass bowl from the tomb. 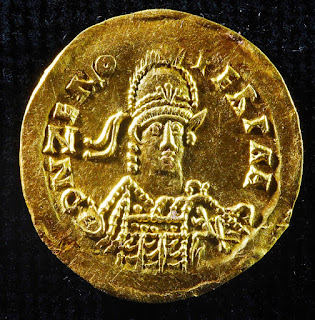 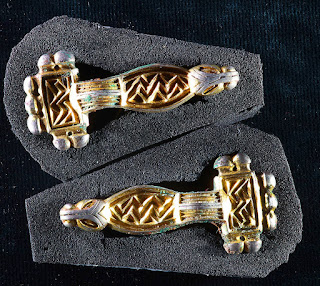 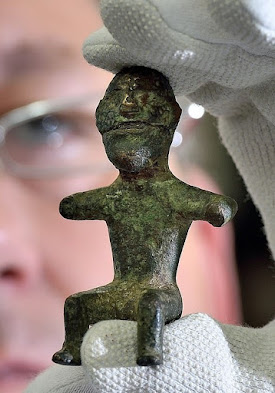 The excavators think this small statue might have been 300 years old before it went in the ground, so it might have been a treasured heirloom of this family or tribe.
Posted by John at 5:33 PM