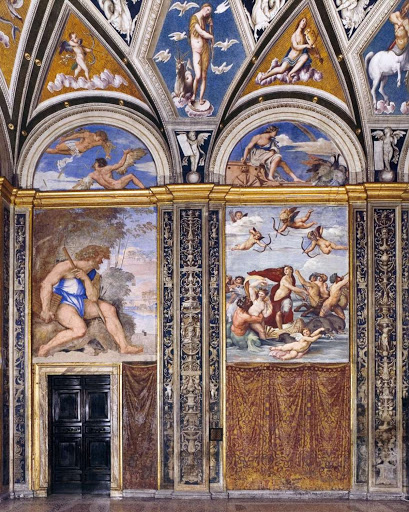 Egyptian Blue was a coloring agent discovered in Egypt around 2600 BC and well known in Classical times; the Romans called it caeruleum, which is where we get the English word cerulean. The Roman writer Vitruvius included a recipe for it in De architectura, Book VII, Chapter 11:

Sand is ground with flowers of sulphur, till the mixture is as fine as flour, to which coarse filings of Cyprian copper are added, so as to make a paste when moistened with water; this is rolled into balls with the hand, and dried. The balls are then put into an earthen vessel, and that is placed in a furnace. Thus the copper and sand heating together by the intensity of the fire, impart to each other their different qualities, and thereby acquire their blue colour.

The resulting substance is called by modern chemists calcium copper silicate (CaOCuO(SiO2)4), and the whole process was recreated and scientifically described by British chemist Humphrey Davies in 1815. 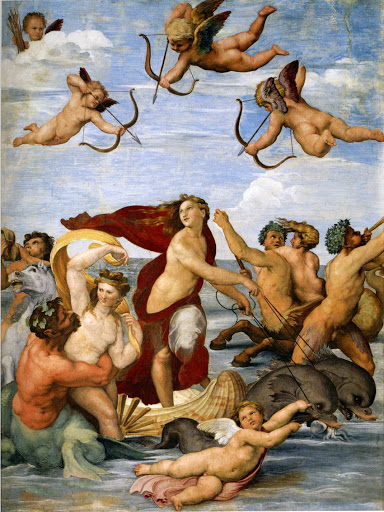 But Vitruvius' book had been rediscovered in the 15th century and printed in 1486, which raises the question: did anybody try to recreate Egyptian Blue before Davies? Apparently so:

A new study of Raphael’s fresco The Triumph of Galatea, in Rome’s Villa Farnesina, has found that the Renaissance master recreated Egyptian blue for this work, and as far as we know, this work alone. Using non-invasive macro-X-ray fluorescence (MAXRF), researchers discovered to their surprise that the blue of the sea and sky were calcium copper silicate.

The Villa Farnesina was built for banker Agostino Chigi, treasurer to Pope Julius II and the richest man in Rome, by architect Baldassare Peruzzi. Construction was completed in 1512 but the frescoing of its interior began as soon as the walls were done in 1511. Chigi commissioned the greatest artists of his time for the job.

It would say it is a bit premature to say the pigment was used only in this fresco, since I doubt a very high proportion of Renaissance frescoes have yet been subjected to MAXRF. But Egyptian Blue was certainly not being used in the 1700s when encyclopedic books describing all of Europe's artisanal techniques were put together.

Anyway this is cool because we have this idea about the "Renaissance man" who was equally versed in art, science, and philosophy, but mostly that is a hoax. It seems, however, that Raphael's shop not only produced some of history's most wonderful paintings, but included somebody who was both a classicist and a cutting-edge chemist. (Via The History Blog)