The Royal Necropolis of Sidon 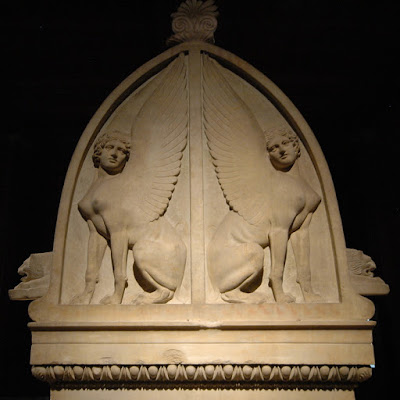 Sidon, now a city in Lebanon, is an ancient Phoenician port. It was founded in Neolithic times and had stone walls by 2500 BC. In the Iron Age Phoenicia was most ruled by foreign emperors, Assyrian or Babylonian or Persian. But the city continued to thrive, and the kings, governors, or satraps who ruled it were wealthy at a royal scale. 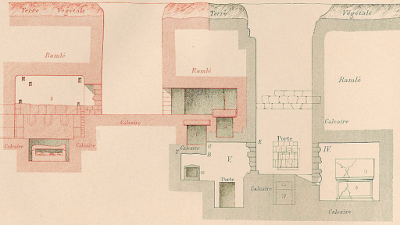 Beginning in the mid 1800s, archaeologists and anitquaries began to investigate a series of "royal" tombs east of the old city. These were cut into the rock, some horizontally, some as vertical shafts. They had all been looted long ago and contained no wondrous gold or silver artifacts. What they did contain was impressive stone sarcophagi. 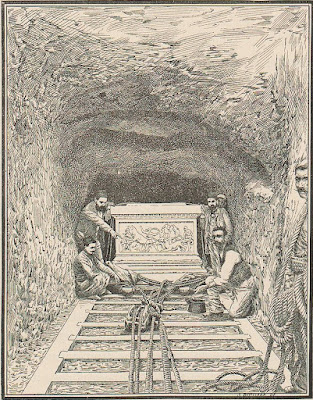 The most impressive were found in four tombs excavated by Ottoman officials in 1887. The officials were Osman Hamdi Bey, a Greek, and Yervant Voskan, an Armenian. The tombs date to the Persian period or early in the empire of Alexander the Great and his successors. The sarcophagi were all taken to Istanbul, where they remain. 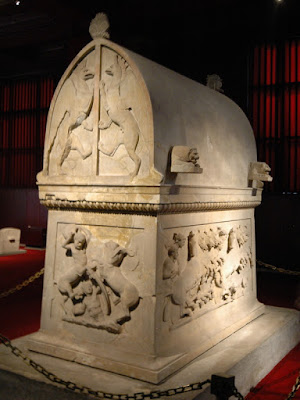 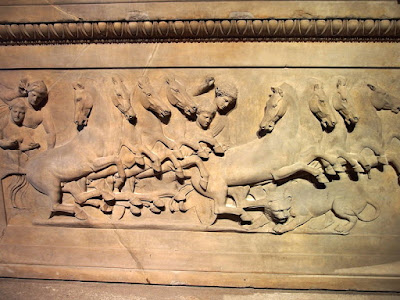 Above and top, the Lycian sarcophagus, dated to around 425 BC. 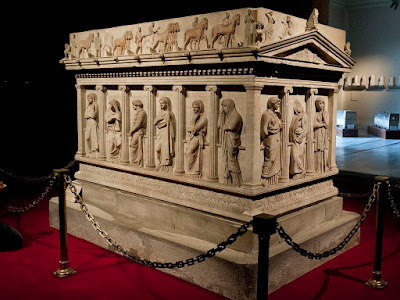 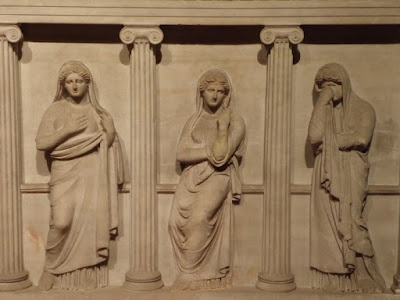 The sarcophagus of the mourning women, c. 350 BC. 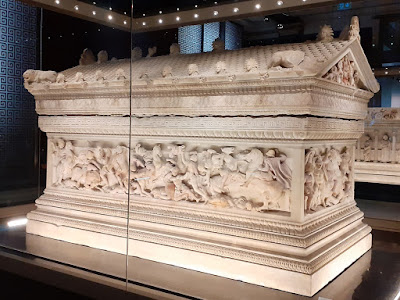 And most famous of all, the Alexander Sarcophagus, c. 320 BC. 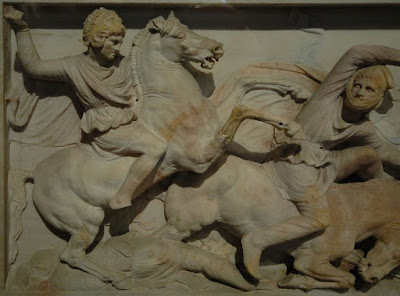 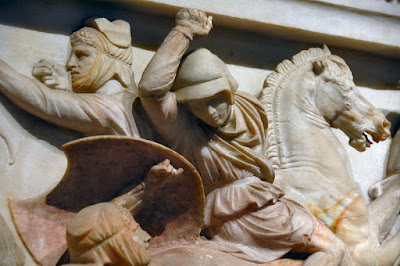 Extraordinary.
Posted by John at 7:37 PM