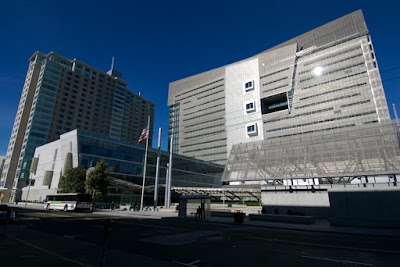 Donald Trump has finally taken a concrete step to make America great again: in architecture, anyway.  He has issued a draft executive order that makes neo-traditional architecture the government's "default style" and establishes a commission to approve new designs. The Chicago Sun Times has the whole text of the draft order, should you be curious. A sample:

What's a liberal hater of modernism to do? I finally have a friend in the White House, and it's Donald J. Trump? 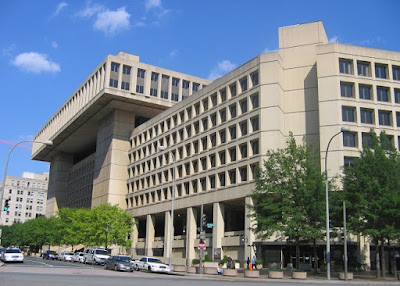 The people one would expect to complain are complaining. The Sun-Times:


He would demand that the buildings be designed in architectural styles of centuries past, extending his reactionary instincts to the very brick and mortar of government. . . . A state-mandated architectural style that retreats so resolutely into the past is an implicit negation of the best of American and world culture over the last few hundred years. It is also the stuff of authoritarian regimes, which always distrust the new and unexpected. . . . The fear of an open society is palpable.

Roger Lewis, a professor who has written about building in Washington, doesn't like Trump's order:


At the most fundamental level it’s a complete constraint on freedom of expression.

But public architecture is a very different kind of art than painting or music. Nobody has to experience those. Public architecture touches everyone who walks by. I see nothing wrong with giving the people a say in what public buildings look like. Insistence that architects be able to design what they want is elitism, plain and simple.

Marion Smith, who would head to new commission, wrote:


For too long architectural elites and bureaucrats have derided the idea of beauty, blatantly ignored public opinions on style, and have quietly spent taxpayer money constructing ugly, expensive, and inefficient buildings. This executive order gives voice to the 99 percent — the ordinary American people who do not like what our government has been building. 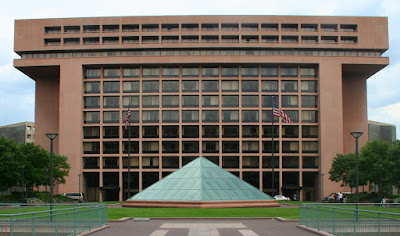 Of course there are plenty of ugly neoclassical buildings in the world, including some in Washington, and Trump's commission might just end up adding another level to the already mind-boggling review process for new buildings in Washington. There is no guarantee that this will led to anything good at all; follow-up doesn't seem to be Trump's strong suit. I am just thrilled to see somebody stand up and say that public buildings belong to all of us, and our opinions ought to be considered in deciding how they are designed.

When architects stop foisting ghastly modernism on us, I will think about standing up for their free expression. But they insist on assaulting my world with concrete ugliness, and I will fight that however I can, even if it means praising the president.
Posted by John at 7:43 AM

"A state-mandated architectural style that retreats so resolutely into the past is an implicit negation of the best of American and world culture over the last few hundred years. It is also the stuff of authoritarian regimes, which always distrust the new and unexpected. . . . The fear of an open society is palpable."

You're fixating on exceptions as if they were the rule. Plenty of dicatators have loved modernism (the modern dictators, anyway), but plenty have loved old fashioned architecture too.

Pol Pot worked to elevate traditional Cambodian aesthetics as a rejection of European colonial influences. Franco imposed a traditional Castillian style across Spain as a show of dominance of other regions. And for all that Hitler and the Third Reich embraced modern styles in things like clothing and technology, their architectural leanings were toward the decidely ancient - just look at the proposals for the rebuilding of Berlin into "Germania", and tell me it doesn't look like the layout of some ancient temple complex.

And this is nothing new. Architecture has long been political, and it shifts according to what values are currently ascendant.

Just look at France around the time of the Revolution.

First you had the birth of French neoclasicalism, the Louis XVI style - a rejection of the perceived excesses of Baroque fashions, and an embracing of classical Roman influences instead in a pursuit of a distinctly then-modern "Beau idéal".

Then you had the Directoire style - likewise neoclassical, but in addition to pushing even harder toward Roman influences, it also favored an austere sort of minimalism, largely as a rejection of the prior style's associations with monarchy.

And then you have Empire style under Napoleon, with a return to more extravance and opulence and showiness, intentionally bringing it closer to the style of Louis XVI as a way of embracing the exact same monarchialism that the prior style rejected.

You have an entirely new school of architecture, a totally modern movement, and yet it was one rooted in reviving the ancient past. And then within that larger movement, each new development rejected something it perceived as flawed about the style immediately prior to it, by even more strongly embracing something that had come before that!

How do you delineate and categorize it all? Aren't all these styles boths progressively modernist and conservatively classicalist at the same time? Aren't the governments which they emerged under all authoritarian in their own ways? Whether monarchial or revlotionary, whether rejecting the by-then stale values of Baroque or the incredibly recent values of Louis XVI, they all still harken back to Rome, while simultaneously breaking their own completely new ground.

Even we in ostensibly modern, progressive America have fallen prey to the allure of Roman influences in our architecture. So did the Nazis. So did the pre-Revolution Russians. People on both sides of the political spectrum have tried to claim some measure of the Roman legacy for themselves, typically with little success.

And yet, for as much as some modern dicators have embraced modern styles of architecture, it's still far more likely that someone trying to harken back to the mythic past is leaning toward authoritarianism than liberalism.

Because that's just how history works. If you want to revive architecture from a period when monarchy was the norm, that sends a message that you would prefer a world that is more in line with the age of absolutism than with the age of revolutions and democracy.

And what other choice did he even have? He couldn't embrace more classical or traditional values, because those all had very strong associations with centuries of unbroken Tsardom. His political position within the realities of the Revolution meant he literally had no choice but to default to modernism, as a performative show of his ostensibly revolutionary politics.

Here in America, we have a similar history and situation. For an American president to embrace classical architecture is to send the message they he prefers the values of a world before the revolution - one in which monarchy was the norm, and democracy was reviled as an abberation. And that's just as troubling to Americans as it would have been to Soviets if Stalin had tried to revive Russian Imperial architecture.

While they're at it, can we get a re-do of the creepy mausoleum that is our embassy in Peru?

I wanted to jump up and cheer for that particular executive order. Why, WHY do we have so many freakishly ugly public buildings?? I think everyone here remembers our old (60s-era) "modern" city hall and library buildings with a slight lip-curl of distaste. They weren't just ugly. They were horrifically impractical. People cheered when they were finally torn down. I expect all the people who worked in them over the years would happily have lined up for a chance to slap the architects who designed them. That whole shiny glass/steel/concrete thing does not work well in the subtropics.

In high school, we did the big DC trip, including the tour at the FBI building. I can't imagine working there. I wonder if part of the reason the FBI is so screwy is because so many of them have to go to work at that monstrosity every day. It'd be like working under a big psychic gray cloud of doom. Blech.

I know there are people who like that whole modern, Brutalist, deconstructionist schtick. I think they're not right in the head.

Never saw that embassy in Peru before. I like it. Of course, one thing (maybe the main thing) to remember about architecture on the internet is that we see the building -- and only the building -- and not how it fits into its environment. It does make a difference.

I've been there. The place wants to suck out your soul.

...it doesn't look as bad in pictures, you're right about that. When you're there, the scale is all wrong, and it's acres of concrete around it. Might as well put a sign over the gate that says "You're Not Welcome Here. Nobody's Welcome Here."

@JustPeachy
Thanks for the update (and the context).