Modernism, or, Your Feelings are Irrelevant 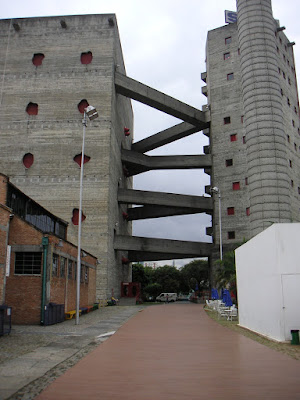 
The fact is, contemporary architecture gives most regular humans the heebie-jeebies. Try telling that to architects and their acolytes, though, and you’ll get an earful about why your feeling is misguided, the product of some embarrassing misconception about architectural principles. . . .

Another thing you will often hear from design-school types is that contemporary architecture is honest. It doesn’t rely on the forms and usages of the past, and it is not interested in coddling you and your dumb feelings. Wake up, sheeple! Your boss hates you, and your bloodsucking landlord too, and your government fully intends to grind you between its gears. That’s the world we live in! Get used to it! Fans of Brutalism—the blocky-industrial-concrete school of architecture—are quick to emphasize that these buildings tell it like it is, as if this somehow excused the fact that they look, at best, dreary, and, at worst, like the headquarters of some kind of post-apocalyptic totalitarian dictatorship.

Let’s be really honest with ourselves: a brief glance at any structure designed in the last 50 years should be enough to persuade anyone that something has gone deeply, terribly wrong with us. Some unseen person or force seems committed to replacing literally every attractive and appealing thing with an ugly and unpleasant thing. The architecture produced by contemporary global capitalism is possibly the most obvious visible evidence that it has some kind of perverse effect on the human soul. Of course, there is no accounting for taste, and there may be some among us who are naturally are deeply disposed to appreciate blobs and blocks. But polling suggests that devotees of contemporary architecture are overwhelmingly in the minority: aside from monuments, few of the public’s favorite structures are from the postwar period. (When the results of the poll were released, architects harrumphed that it didn’t “reflect expert judgment” but merely people’s “emotions,” a distinction that rather proves the entire point.) And when it comes to architecture, as distinct from most other forms of art, it isn’t enough to simply shrug and say that personal preferences differ: where public buildings are concerned, or public spaces which have an existing character and historic resonances for the people who live there, to impose an architect’s eccentric will on the masses, and force them to spend their days in spaces they find ugly and unsettling, is actually oppressive and cruel. 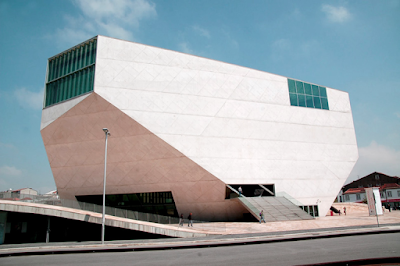 And why, you have to wonder, has Brutalism somehow become the architecture of the Left?


There have, after all, been moments in the history of socialism—like the Arts & Crafts movement in late 19th-century England—where the creation of beautiful things was seen as part and parcel of building a fairer, kinder world. A shared egalitarian social undertaking, ideally, ought to be one of joy as well as struggle: in these desperate times, there are certainly more overwhelming imperatives than making the world beautiful to look at, but to decline to make the world more beautiful when it’s in your power to so, or to destroy some beautiful thing without need, is a grotesque perversion of the cooperative ideal. This is especially true when it comes to architecture. The environments we surround ourselves with have the power to shape our thoughts and emotions. People trammeled in on all sides by ugliness are often unhappy without even knowing why. If you live in a place where you are cut off from light, and nature, and color, and regular communion with other humans, it is easy to become desperate, lonely, and depressed.

If it were possible to reform architecture and start creating lovely buildings again, I would feel a lot better about our world.
Posted by John at 7:29 AM

Comment about how "It's not *all* Brutalism, it's decontrstructivist/modern/postmodern in 3, 2, 1...

I work in a modern building which does not even look that bad; but it was definetely not designed with people in mind. It seems that the fact there will be people there teaching and studying, so you have to make space for them, was an afterthought. In my room, for example, there are two windows which shouldn't be opened; two columns inside the room (and we are actually quite lucky, because they are close enough to the walls they do not disturb much the space), and we have eternally cold room, because the flaws in the design of heating system.

The building won an architecture award Quadro in 2004.

I think that question of how brutalism became the architecture of the left is interesting and important. I don't know the answer. However, I'm struck that Trump's message seems to be brutalism in everything but architecture. His fans constantly praise his rudeness and abuse as "honesty" and "telling it like it is." An opinion piece in today's NYT gives several examples of Trump rally goers voicing the philosphy of "not interested in coddling you and your dumb feelings."

I wonder if, when he praises classical architecture, he isn't so much thinking about harmony and proportion and clean lines, as he is looking for brutalism with fluted columns.

Perhaps this conundrum is a good illustration of the value of the phrase, "reactionary modernism."

There certainly has always been a strong streak of cruelty in leftist transgressivism--as revealed by the current scandal around Gabriel Matzneff in France. The excellent book "Kill All Normies" has much worthwhile to say about how the Alt-Right has turned leftist transgression against the left, too.

Back in college, I had a number of classes in this building:

It's hard to find a picture that really captures it. Turlington Hall. Ugly pile of bricks. The entryway area, in the picture, reflects sound off every hard surface, and is unremittingly loud when the plaza is crowded. See all those high ledges, sheltered by the main roof? Pigeons love those! To keep the pavement from being a solid sheet of bird poop, they had to install long strips of two-inch needle-like spikes along every ledge. The little sparrows are mostly undeterred, so there's still a lot of guano, but it could be worse. The view from all the classroom windows is dirty spikes, festooned with little feathers. And bird poop.

"The fact is, contemporary architecture gives most regular humans the heebie-jeebies. Try telling that to architects and their acolytes, though, and you’ll get an earful about why your feeling is misguided, the product of some embarrassing misconception about architectural principles. . . . "

This sort of comment gets bandied around a lot as if it were established gospel, but is it really? Because the entire premise might be fundamentally wrong.

It might not be anything remotely like a fact that "most regular humans" (gee, condescending much?) get "the heebie-jeebies" from contemporary architecture. I think the opposite is actually likely to be true. Does anyone look at the Sydney Opera House and recoil in horror? Does the Vietnam War Memorial creep people out? Did the former WTC Towers elicit unease and a feeling of menace? Obviously not!

My own experiences are of course limited anecdotes, but I actually see quite a lot of appreciation of contemporary architecture, particularly from younger people. Maybe tastes differ by age category? Maybe it's a cultural or regional thing, and those of us who grew up exposed to such architecture not only don't get "the heebie-jeebies" from it, but actually like, enjoy, and are even excited by it?

Except, no... it's not a regional thing. Modern architecture is a global phenomenon, one that spans most of a century. How does one explain that little detail, if we are working off the assumption that "most regular humans" are creeped out by these structures? Some shadowy global conspiracy is secretly foisting sinister, malignent building design upon the entire world? And has been doing so for generations?

No, I'm sorry - this all comes across as absurd. It's not that we need "to reform architrecture and start creating lovely buildings again". Plenty of people find these sorts of buildings to be quite lovely, thank you very much.

You don't get to dismiss their tastes and opinions as nonexistent, and simultaneously prop your own preferences up as virtue and simple universal fact. And even if you did, it wouldn't be constructive in the least, because you're not going to win anyone over to your point of view by disrespecting their own. If you honestly care about what kinds of buildings people choose to make, insulting them as not being "normal human beings" simply because you disagree on style isn't a great way to bring them around to your point of view.

"I think that question of how brutalism became the architecture of the left is interesting and important. I don't know the answer. However, I'm struck that Trump's message seems to be brutalism in everything but architecture"

You seem unaware that there's a difference between brutalism and Brutalism. One is being a horrible person, the other is just building with raw concrete.