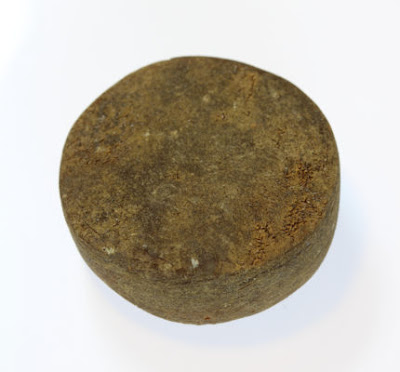 Back in 2008, Danish archaeologists excavated a Late Bronze Age (900-700 BCE) cemetery in which the bodies had been cremated and placed in urns. This year they did CT scans of the intact urns and discovered that one of them contained a mysterious disk just over an inch (3 cm) across. Digging it out, they found that it was made of amber. But it was old and dirty and looked like this. 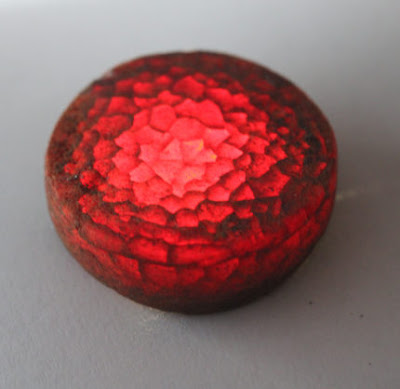 Until they shined a bright light through it. Then they discovered that it is a Sun Disk, carefully made to refract sunlight in this spectacular way.
Posted by John at 8:47 AM