A Decade in an Archaeologist's LIfe 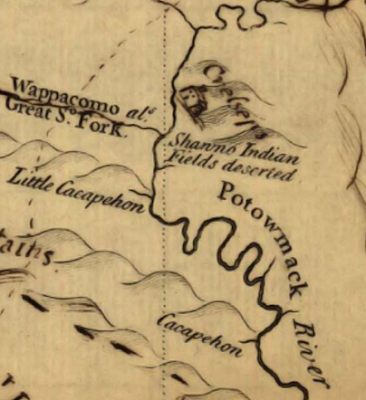 Reading over a couple of scientists' thoughts on what they had learned in a decade, I thought I might put together a post on the most interesting work I have done since 2010. As the decade began I was finishing up one of my greatest projects, a nine-year archaeological survey of the Chesapeake and Ohio Canal National Historical Park. (You can find links to the public versions of our reports here.) Near Oldtown, Maryland, we found the site of Thomas Cresap's frontier fort, 1744-1770, a spot visited by George Washington, Daniel Boone, and many other famous characters.  However we failed to pin down the location of the Shawnee settlement known as King Opessa's town, which stood nearby from around 1715 to 1730, and I have been scheming ever since to get back and look for it. 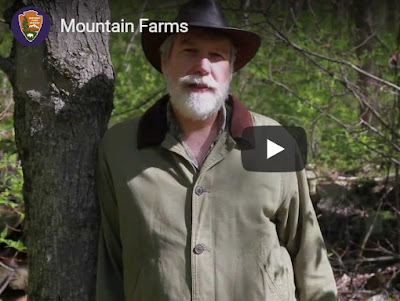 Also in 2010 I was finishing up a four-year archaeological survey of Catoctin Mountain Park in Maryland, and in 2012 I recorded a series of videos about that project. That was really fun and I have been trying ever since to make more. 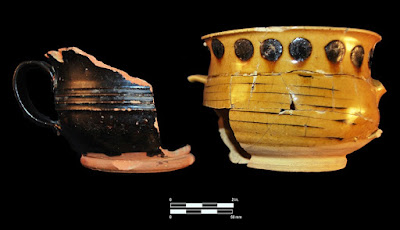 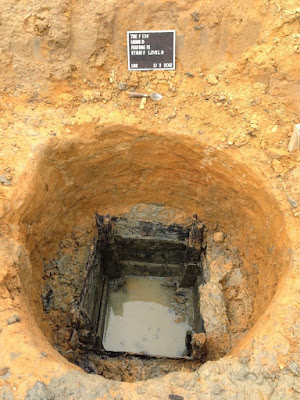 At the same I was directing a series of projects for the Delaware Department of Transportation, which culminated in 2012 with the excavation of two tenant farm sites. One dated to c. 1740 to 1765, the other to c. 1775-1920. The pictures show two porringers from the colonial site and a wooden well built around 1800 using a technology that goes back to the Neolithic. 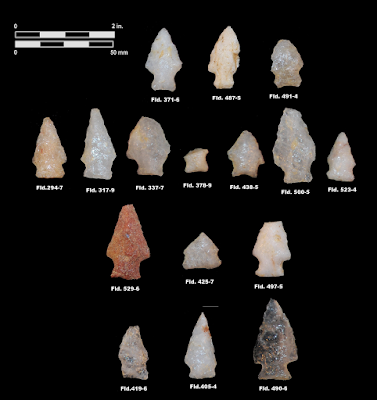 In 2013 I was helping the Marines expand a busy road along Chopawamsic Creek in the Quantico base, excavating part of a marvelous precontact Indian site. The place had been occupied from around 9,000 BCE to contact but was most intensively used by a culture we call Halifax, c. 4000 to 3500 BCE. We found many artifacts of that period and obtained the best set of radiocarbon dates yet for a Halifax site. I hope to publishing those results this year. 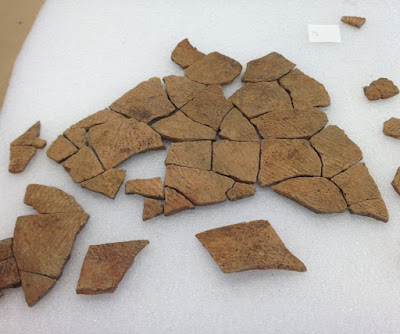 The next year I did some test excavations at a naval base along the Potomac near Washington. This was an area where maps and aerial photographs showed a nineteenth-century house, a set of barracks built during World War I, and townhouses built for military families in the 1970s. When I first saw the site the townhouses had just been bulldozed away, leaving bare earth, as unpromising a location as I ever tested. But one small part of the site turned out to be miraculously intact, and in that small area we found a pit about three feet (0.9 m) across and deep that was full of pottery dating to Early Woodland times. The pit was radiocarbon dates to around 750 BCE. Mending done later in the lab (above) showed that these sherds came from five vessels, each made in a slightly different way. Native  potters were usually highly consistent in how they worked, so we think five different potters were involved. That makes us suspect that this pit resulted from an annual get-together in which five different bands of Indians who spent much of the year apart assembled at this spot, perhaps timed to coincide with the great runs of shad and herring up the river. That is how archaeologists think people of the time lived (we call it "fission-fusion") but actual evidence is pretty scarce. 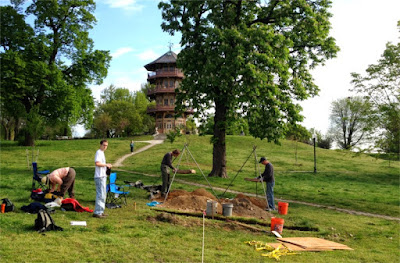 Also in 2014 we dug in Patterson Park in Baltimore, looking for the earthworks built to defend the city from British attack in 1814. (You know, the rockets' red glare and the bombs bursting in air and all.) And we did find them, stretching for more than 200 feet across the park, which I thought was a real triumph. We also did a major public outreach effort that involved dozens of volunteers, hundreds of school kids, and appearances on radio and television, and I got to hear the head of the American Battlefield Protection Program call our project "a model of how to do public archaeology." Because that was such a public project I posted about it here as it happened. 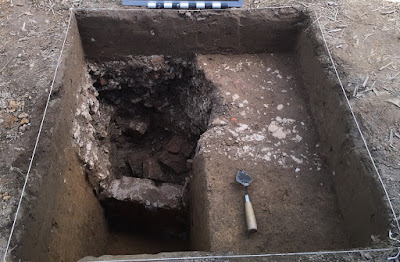 In 2015 I dug on a Navy base near here on the site of a major 17th- to 20th-century plantation. We found a series of eight artifact concentrations on either side of an old farm lane, some with the foundations of small houses, that we interpret as slave cabins. Each was occupied for 25 to 75 years, then abandoned and replaced by another nearby. The oldest was built around 1740, and the last two remained in use after the Civil War, down into the 20th century. One of the fun things about this project was that three different groups of archaeologists had worked on parts of this plantation before, so we had to sort through their notes to figure out what they had done and where. 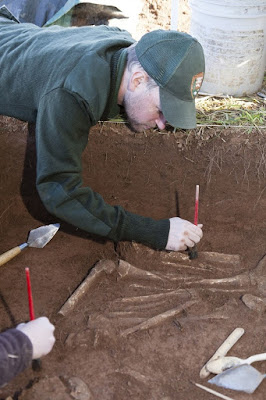 In 2016 we found and excavated a burial pit on the Manassas Battlefield, which I wrote about here when it was finally made public. The pit contained the complete skeletons of two Union soldiers and seven amputated legs. 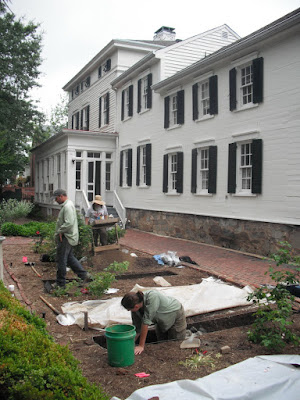 Sadly I haven't done anything especially cool since then, but this still makes for a pretty respectable decade's work.
Posted by John at 8:52 PM