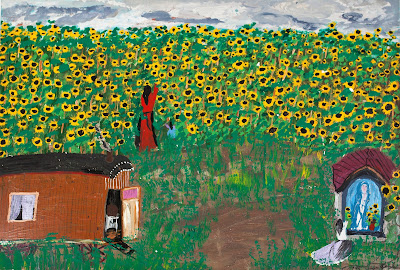 Ceija Stojka was a Roma woman who survived Auschwitz. For the next forty-five years she mostly kept quiet about it. Then, around 1990, she began to paint. She was untaught but she painted with a frenzied energy, creating well over a thousand works before she died in 2013. She made two sorts of paintings, which curators now call "light" and "dark." The "light" paintings mostly show rural scenes or traditional Roma life. 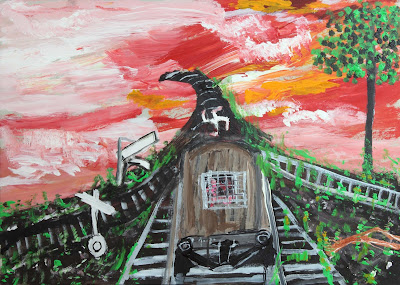 The "dark" paintings illustrate the Holocaust. Some intellectuals thought the very idea of art that depicts the Holocaust was obscene, but as Primo Levi noted a long time ago, some survivors felt compelled to revisit their experiences. 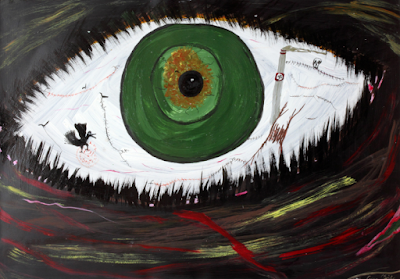 We call this event the Holocaust. In Hebrew it is the Shoah, that is, “calamity.” In the Romani language, it is Porajmos: the “devouring.” 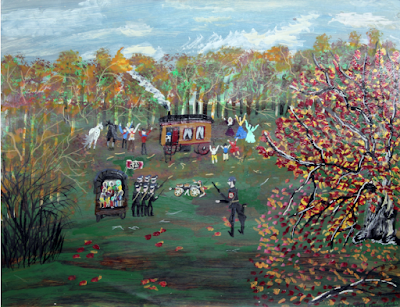 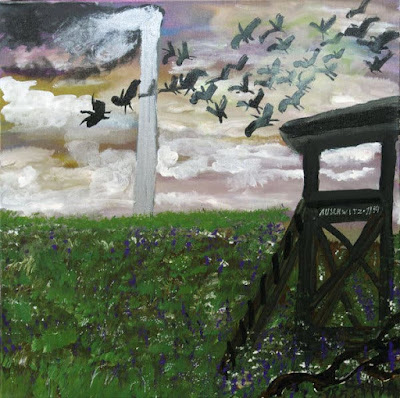 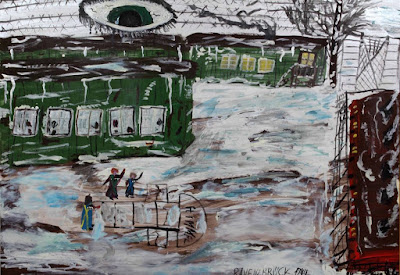 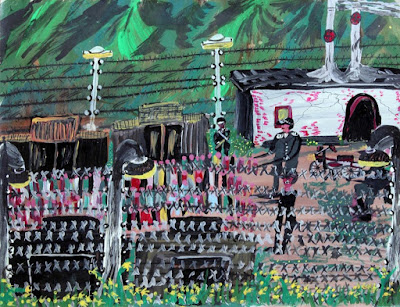 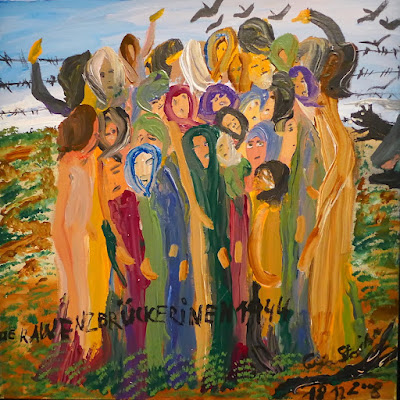 Despite their crudeness, these move me greatly. And below, one "light" painting that isn't so light. 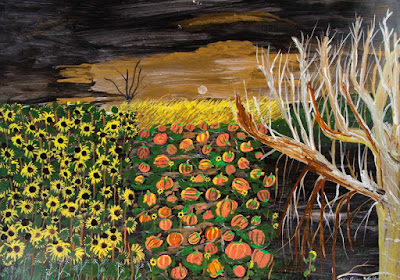