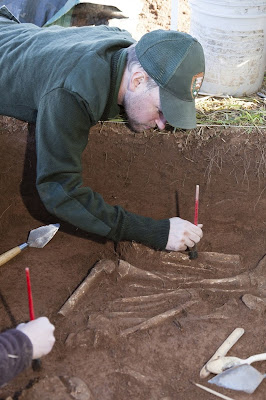 The most exciting archaeology I've done in the past three or four years has finally made it through all the layers of National Park Service review and analysis and so on and been released to the public: a burial pit and limb pit on the Bull Run/Manassas battlefield. The pit contained two nearly complete skeletons, both probably Union soldiers, and seven amputated legs. 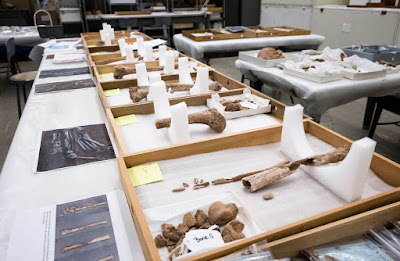 
Scientists have uncovered a pit of human bones at a Civil War battlefield in Virginia. The remains are the amputated limbs of wounded Union soldiers.

Yes! I'm a real scientist now! NPR says so! Because it wasn't anyone mentioned in these news stories who actually found this pit and figured out what was going on, it was my crew. Along with a couple of people from the Park Service who also remain unmentioned in these stories.

If you read between the lines of the news, you can see that the Park Service is still being extremely cautious about this story. They had to say something, because they have handed the skeletons over to the Army for burial at Arlington, but they have said as little as possible. So I guess I shouldn't say very much, and all my wonderful photographs of the dig are still embargoed. So for now, only images that I pulled from news sites. One day maybe I'll be able to post the good stuff. 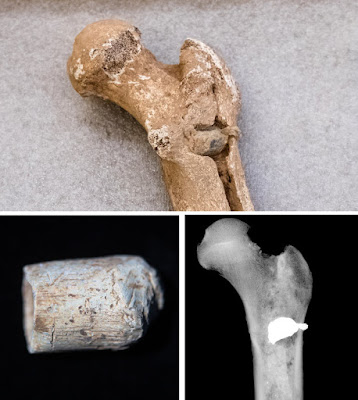 This is one of the best finds, a bullet embedded into the leg bone of the man it killed. The press haven't passed on my favorite bit of this story, which came when the bullet was first inspected. The Park Service historian standing nearby said, "that's an Enfield bullet, and that means Second Manassas since the Confederacy didn't issue Enfields until April '62." Ok, sure. If you say so.

I occurred to me later that as historian at a park where two different battles were fought over the same ground 11 months apart, he has probably made a particular study of the ways to distinguish them, but at the time I was floored by this casual display of arcane knowledge. 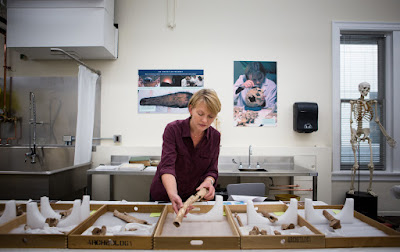 One of the best things about this project was that we worked closely with Doug Owsley and Karin Bruwelheide (above) of the Smithsonian, two of the world's leading forensic anthropologists. They were a fountain of knowledge and it was a real joy to spend a week with them. 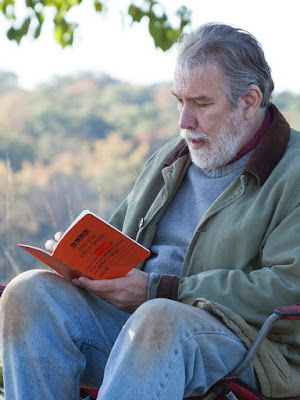 I've always liked this picture of me taking notes on the excavation as it progressed, by the Smithsonian photographer. Since there aren't any bones and you can't tell exactly where this was taken, it should be safe for me to publish here.
Posted by John at 8:48 PM