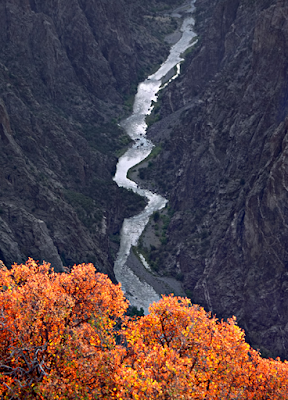 Speaking of canals, the Assyrian king Sargon II (r. 722-705 BC) had his workers carve reliefs along the walls of one of his.

If you have to lose your wallet or phone, you should do it in Japan, where they are amazingly effective at returning lost items to their owners.

Another revolutionary co-opted by the system: one of the founders of Occupy Wall Street is on his way to Davos, saying "I want to discover its revolutionary potential."

Video of an alligator carcass sunk to the bottom of the Gulf of Mexico.

Two views of smartphones and teenage depression. Here's an argument that smartphones are behind the increase in depression, self-harm and suicide among teenage girls. And here's a meta-study arguing that the link between smartphone use and mental health problems is "small and inconsistent."

Tardigrades can be killed, and fairly easily: by hot water.

Courts are striking down "ag-gag" laws that prohibit investigators from photographing conditions inside factory farms. Because those photographs have political meaning, most judges have found that suppressing them is a clear violation of the First Amendment.

Essay by Ewen Callaway at Nature on how archaeologists and historians are coming to terms with the findings of paleogenetics.
Posted by John at 7:19 AM

That understanding of "rational" and "reasonable" certainly accords with my experience of what people mean, and my own usage of the terms. I would disagree, though, with the authors' contention that the separation represents some sort of mistake that people started making in the Enlightenment. This rational-reasonable distinction has applied ever since Plato, if not before, and is inherent in the Greek-descended philosophical tradition. As in the Allegory of the Cave, "rational" describes the deep truths that most people are too stupid and conventional to see. It says, "we've already figured this out, and you can either agree or be an idiot." "Reasonable" people--the ones being told their ways are just dumb convention--find this to be cold and arrogant, and suspect it's more about egotism than truth. The latter is sometimes the case, and sometimes not.

It is often said, and seems to be the case, that our current political troubles are caused in part by ordinary people getting fed up with too much elite rationality (certainly too much of the elite saying, "we've figured this out, and you're going to have to go along with it"). But there's also a real divide between ordinary people over what is "reasonable," with about a third finding certain things reasonable that another third thinks are horrible, and a middle third wishing the whole thing would just go away.

"Tardigrades can be killed, and fairly easily: by hot water."

I immediately flashed on "Day of the Triffids"!