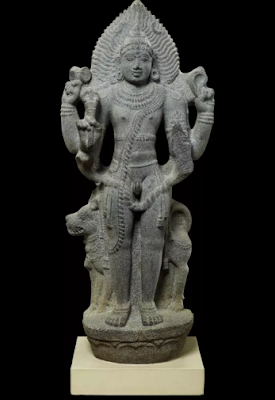 The British Museum has a new exhibit on Tantra, a religious and philosophical movement from India. With a history of nearly 1500 years, Tantra defies simple description, but it often involved horror, shock, pain, sexual passion, and other extreme emotions as ways of reaching the divine. One of the oldest Tantric stories has it that their god Bhairava "decapitated the orthodox creator god Brahma to show the superiority of the Tantric path and used his skull as a begging bowl." Human bones were used in many Tantric rituals, orgiastic sex in others. 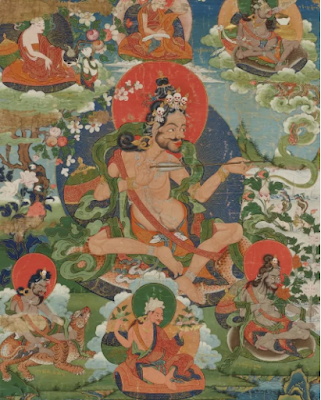 Tantra came to include a great tradition of sorcery, and practitioners said they could fly, turn invisible, and kill with their eyes. Many rulers became devotees, convinced that Tantra could enhance their hold on power. This was called the "Yoga of force," and it involved self-discipline through positions and exercises much like those used in western Yoga today. 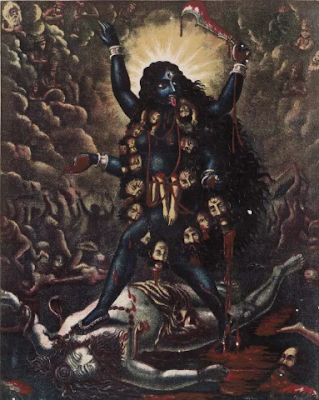 In the 19th century Tantra inspired some of India's early anti-British revolutionaries, who used images of Kali like this one as emblems of the coming violent uprising against foreign rule. 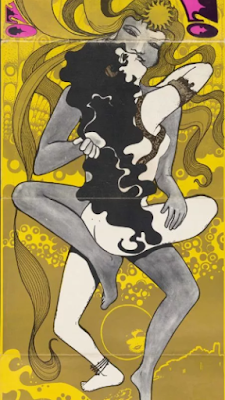 Tantra came to America and Europe in the early 1900s. It had a great flowering with the 1960s, practiced by those who thought sexual liberation would usher in a new age of peace and harmony; or, for those with a more violent bent, a revolution that would sweep away capitalism and the state alike.

And now, of course, Yoga has become a way that middle class women manage the stress of their families and corporate jobs.