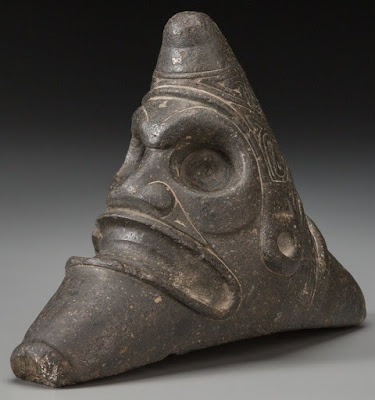 Today's mind-stretching exercise: physicists trying to correct errors in quantum computers found that their error-correcting equations seemed to produce space-time as a side-effect.

Earthworms as a destructive invasive species.

The al Shabaab group in Somalia, which the US considers a terrorist organization, has banned single use plastic bags, citing their environmental harm.

According to this study, legalizing marijuana raises cigarette use by 4-7%.

The Fourth Spy at Los Alamos: Oscar Seborer, who may have showed the Soviets how to make the triggers for implosion bombs.

Bernie Sanders vs. trans rights activists is deontology vs. consequentialism.

Literature and Self-Help, a long history of mutual suspicion with a few fruitful interactions.

Warren Buffet sells his newspapers, saying he can't find any way to reverse their decline.

A review of “the best and the most thoughtful statement we have of what might be termed the Flight 93 mindset — the feeling, among a certain type of white conservative, that the changes of the past half century have amounted to a war on the country and the civilization that they knew and loved.”

And now Vexit, a plan to have counties in western Virginia secede and join West Virginia.

The terrible "sweating sickness" of 15th- and 16th-century England.

Conor Friedersdorf on  the 1619 Project, the World Socialist Web Site, and different ways of seeing the past.
Posted by John at 7:24 AM

*a foot or two across

Nice list of links. I've enjoyed deontology, "Flight 93 mindset," and the first part of Friedersdorf's very long essay. I will say, though, that, while Caldwell may reflect a certain kind of conservatism, as does Scruton--John's earlier discussion of whom I would heartily agree with--I think neither of them says much about the real, dynamic contemporary Right. If the Right today were about Caldwell's high-minded reactionary constitutionalism, or Scruton's hobbit-hole Little England nostalgia, neither Brexit nor Trump would have won, and we wouldn't be talking about this stuff with the sense of urgency and crisis that feels abroad in all areas of society. The contemporary Right is not essentially conservative, but something much more dynamic, aggressive, and dark. Family and faith traditionalists and other backward-looking conservatives have allied with it as the only way they can achieve at least some of their agenda. Business, especially extractive industries that want a pass on the environment, has also aligned with it, of course, and is the faction most likely to get most of what it wants, as in previous Right-leaning alignments. But there is also that kinetic-populist Right element, compounded of the alt-right, Right-wing news feed obsessives, conspiracists, MAGA crowdgoers, and others in that range of things. They matter, and they're Right-wing without being conservative.