People and Animals from Chinese Tombs 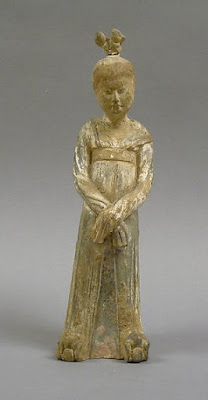 The habit of putting small ceramic figurines in tombs is very ancient in China, going back to the Neolithic. The Terracotta Army of Chin Shih Huang Ti was by far the greatest array of ceramic people ever buried in a tomb, but Chinese nobles had their own, lesser versions of that array. I wrote a few weeks ago about house models; today I look at people and animals. Above, a female figure from the Northern Wei. 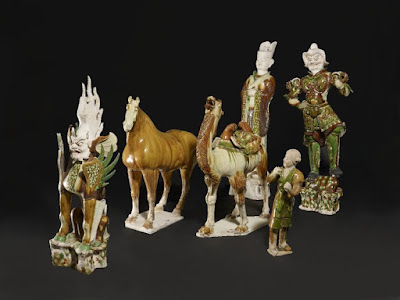 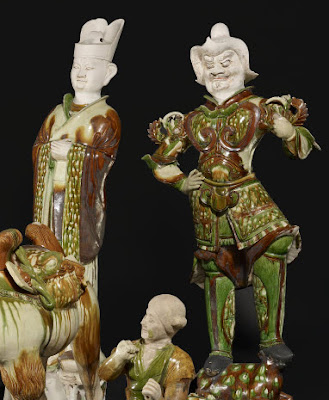 These figures come from the tomb of Liu Tingxun, a Tang Dynasty general who died in 728 CE. They are now in the British Museum. The human figures about about 3 feet (1 m) tall. 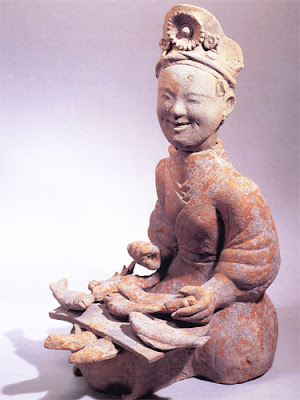 Tens of thousands of these have been found, and many were sold out of the country during the warlord years, so there are quite a few in western collections. This Han dynasty fishmonger is in the Met. 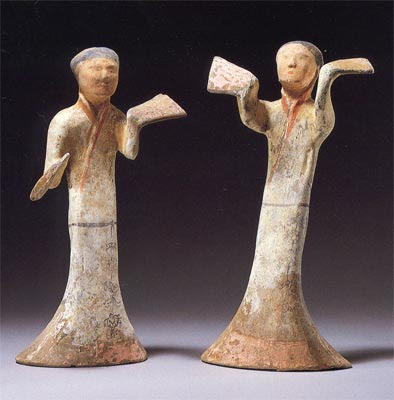 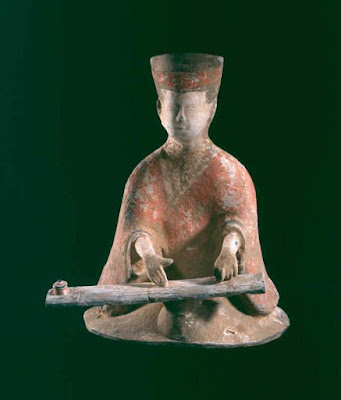 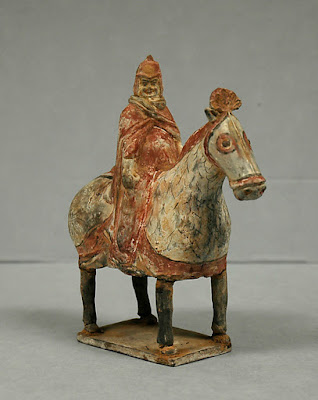 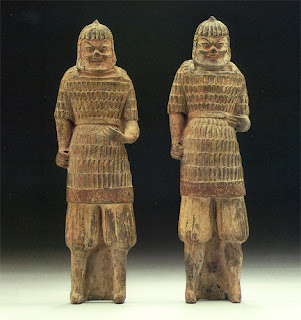 You can see that these are a wonderful resource for the study of things like clothing, musical instruments, hairstyles, and armor. Above, soldiers from the Six Dynasties period. (Between 300 to 500 CE). 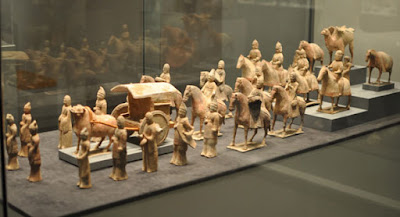 A Six Dynasties rendering of a noble household on the move. 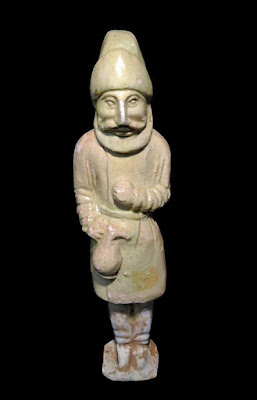 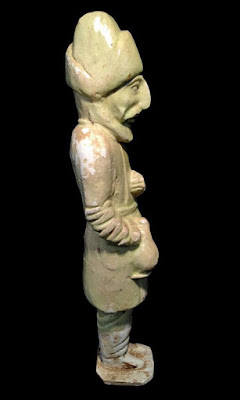 An unusual groom from the Tang or Sui, with a full beard. Certainly looks like a European. 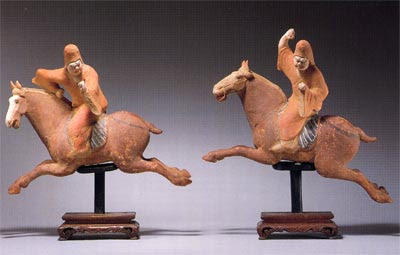 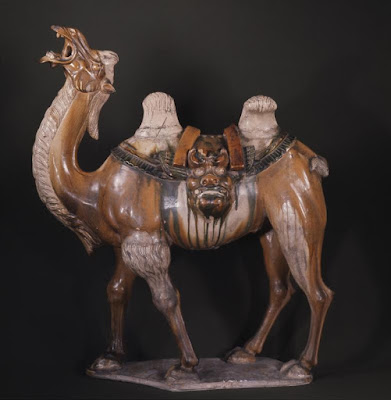 Tang camel with an apotropaic saddle. 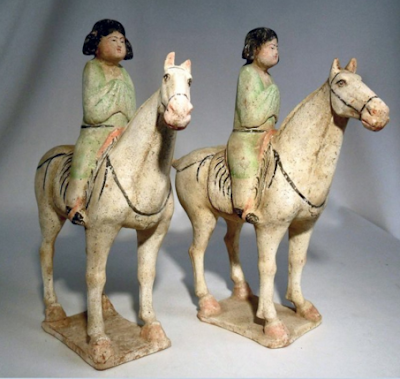 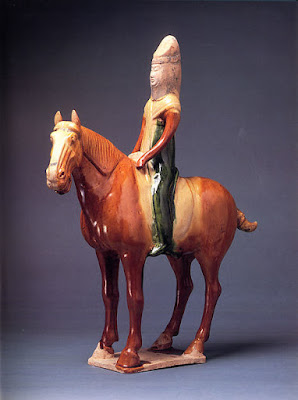 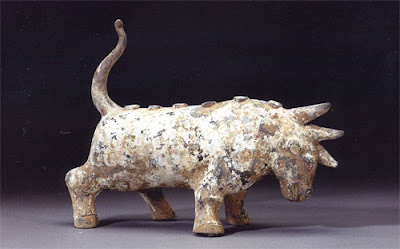 There are also a wide variety of demonic tomb guardians and other magical beasts. 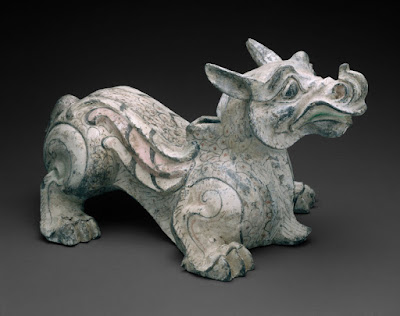 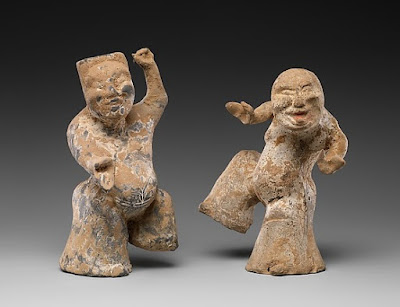 And these Han Dynasty comic dancers. I could post these all day, but the rest of my life is calling.
Posted by John at 7:55 AM