Our Electrical Grid is Under Attack! 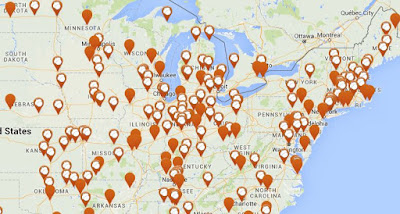 Who are the evil agents responsible?


I don't think paralysis [of the electrical grid] is more likely by cyberattack than by natural disaster. And frankly the number-one threat experienced to date by the US electrical grid is squirrels.

Ponder the map above, which shows electrical grid disruptions caused by squirrels in 2015 alone. Since the Department of Homeland Security was formed, they have tracked zero successful attacks on the electrical grid by terrorists and 623 by squirrels.
Posted by John at 8:06 AM

And I presume these squirrel attacks are suicide attacks?