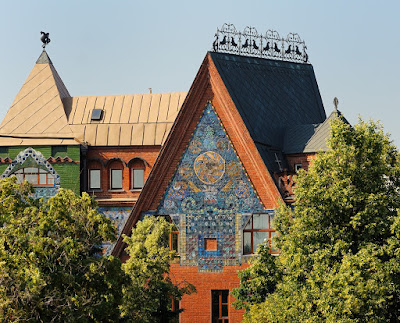 Pertsov House is an Art Nouveau maserpiece in the heart of Moscow, built in 1905 to 1907. According to several Russian art blogs, Trotsky lived there for a brief time in the 1920s. Now it houses some offices of the Russian foreign ministry. 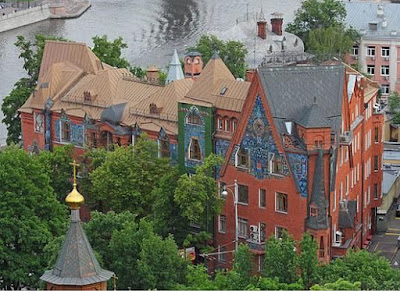 The apartment building is named for Pyotr Pertsov (1857-1937), a wealthy railroad engineer and  patron of the arts. He purchased an undistinguished structure built in 1885 and held a competition for designs to remodel it. He wanted it to be a residence for himself that would include apartments and studios for artists. He asked that the designs "reflect the ideals and characteristics of the Russian arts." 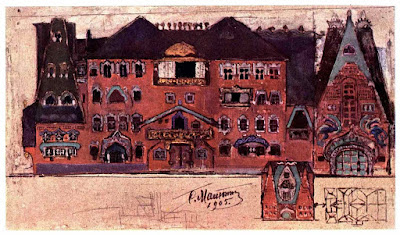 The winning design was this one from the artist Sergei V. Malyutin (1859-1937), designer of, among other things, dolls based on Russian folk art. Malyutin knew little about architecture, so he teamed with civil engineer Nikolai K. Zhukov to make sure the design would hold together. 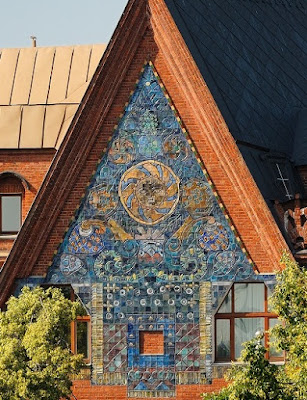 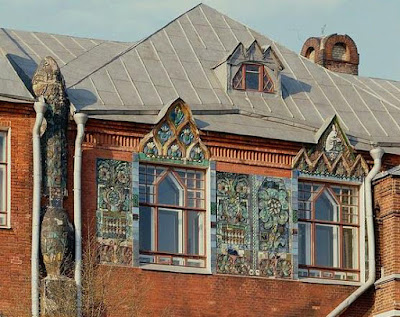 The building is decorated with majolica tiles using folk art motifs and scenes from Russian folk tales; it came to be known as the Fairy Tale House. 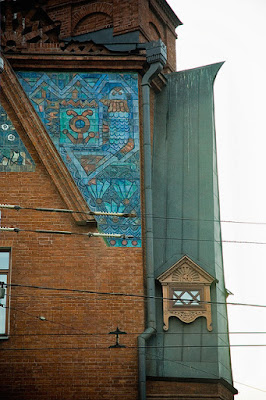 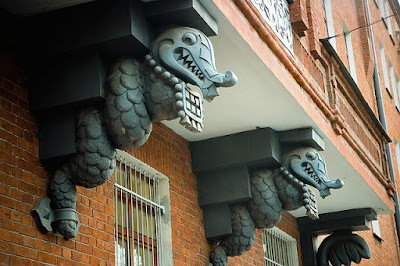 Besides the homes of several artists, the building held for a while a satirical cabaret called The Bat, which had a theme song that went like this:


A whirling bat takes off
Among nocturnal fires,
We weave a gaudy pattern
Against the monotony of life. 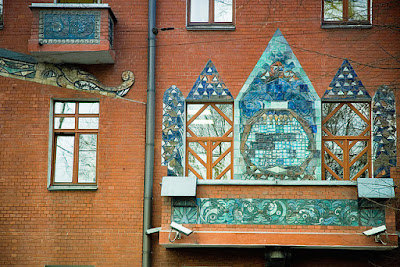 Pertsov lived in he house for 15 years. In 1922 he tried to defend the church against the Bolsheviks, and for his trouble got a five-year-prison sentence. He was released after only one year, but his house was seized for the state. 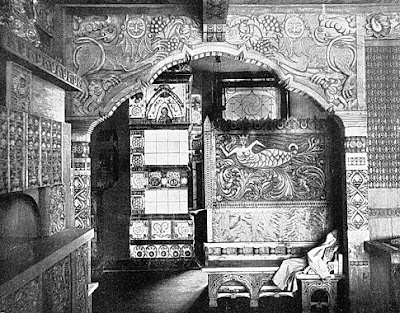 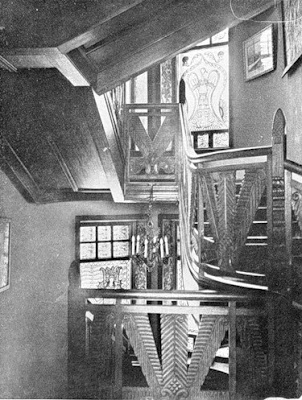 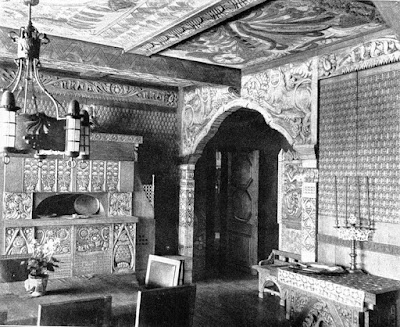 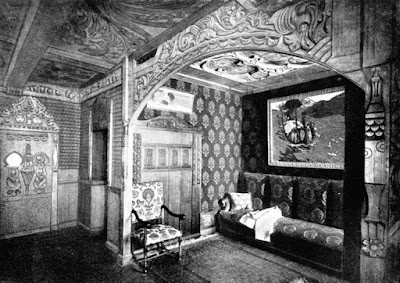 Malyutin also designed much of the interior, of which I can only find black and white photographs from 1907. This might be a bit much decoration even for me. 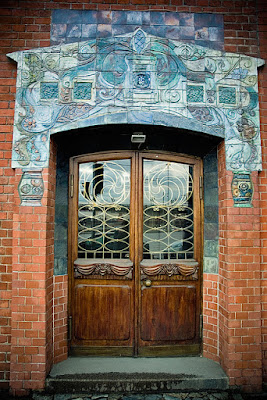 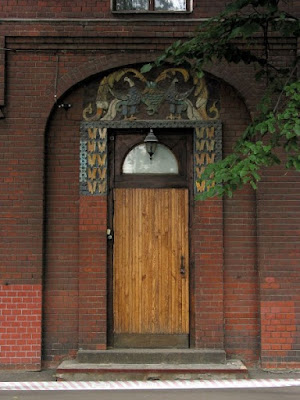 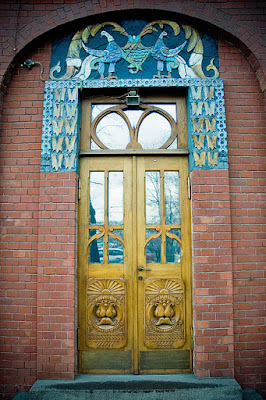