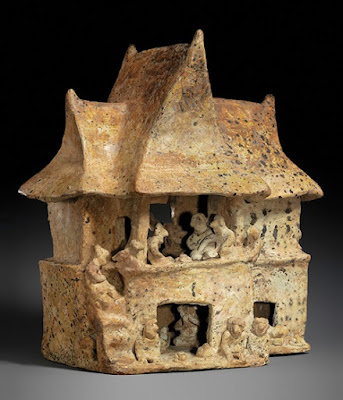 This week the Met is celebrating the opening of a little exhibit titled Design for Eternity:Architectural Models from the Ancient Americas. This set me thinking about all of the architectural models I have seen over the years, so I decided to put together a post about them. Above is a Nayarit house model from western Mexico, 100 BCE to 200 CE, the title image from the Met show. 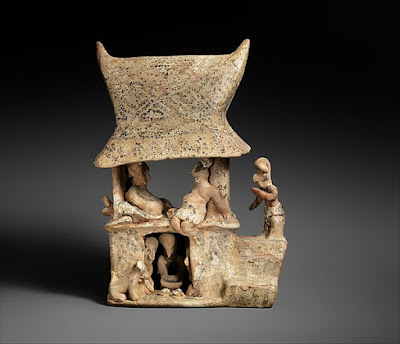 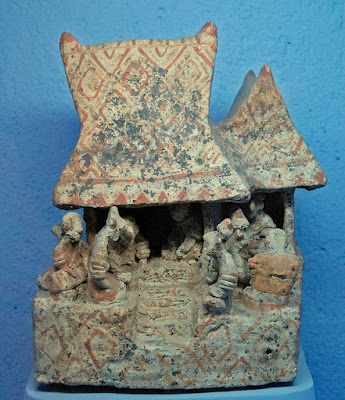 More Nayarit houses. All of these objects come from tombs. As we will see, these objects are known from many parts of the world, and so far as I know they all come from tombs. The notion of burying the dead with small models of what they knew in life seems to have occurred to many people in diverse cultures. 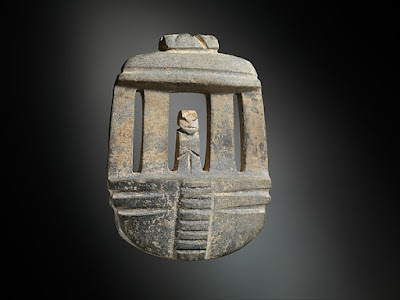 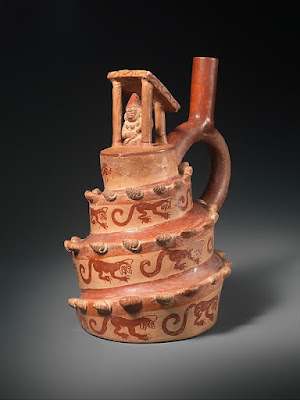 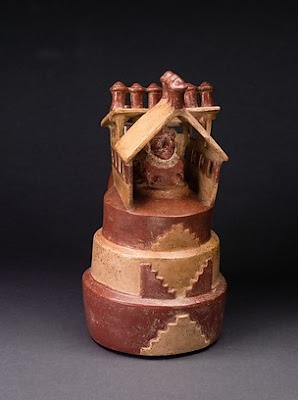 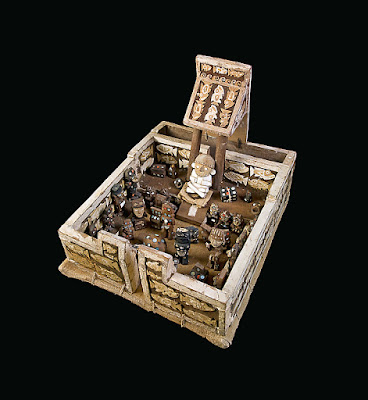 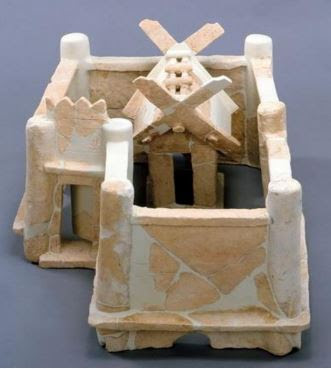 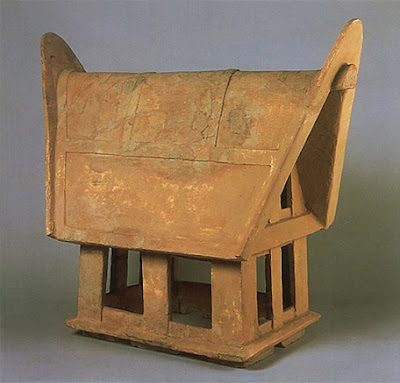 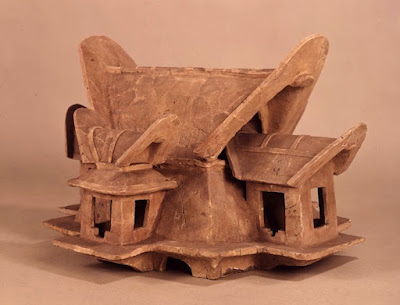 In Japan the models buried in tombs are called Haniwa, and they take many forms: people, demons, animals, boats, houses. Most of them date between the 2nd and 7th centuries CE. 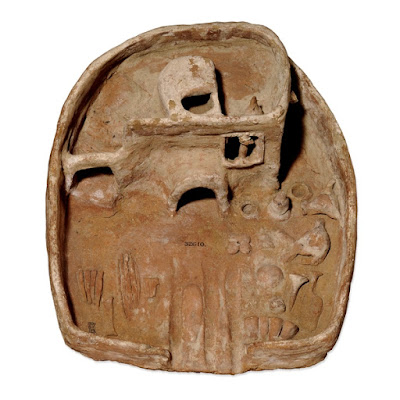 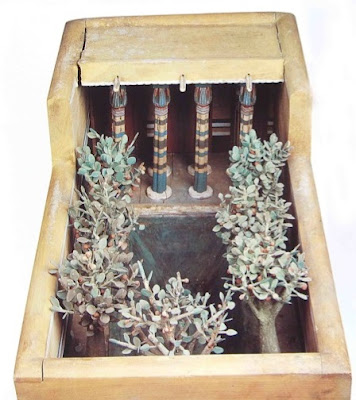 Two Egyptian models, both from around 1900 BCE. 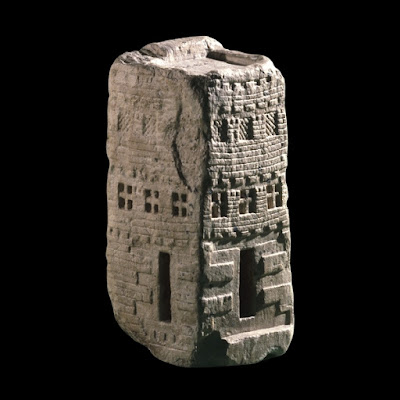 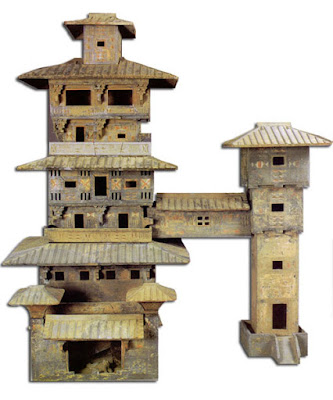 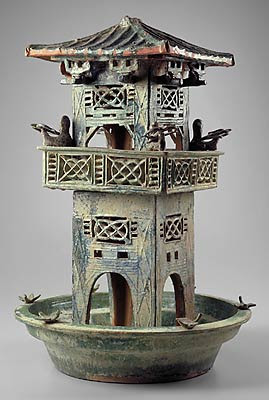 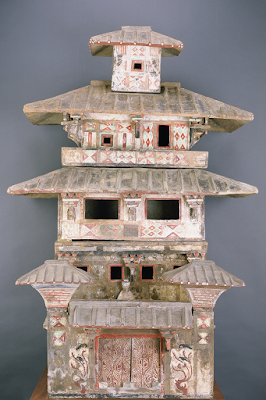 But the undisputed masters of the funerary model house were the Chinese of the Han Dynasty (206 BCE to 220 CE). Their models were bigger, more elaborate, and more brightly painted than anyone else's; the one above is about as tall as a person. Hundreds have been found, and Chinese museums are full of them. . 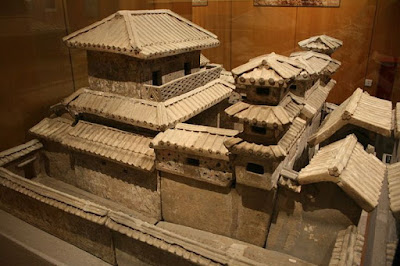 One of the most famous is this spectacular palace.
Posted by John at 6:55 AM