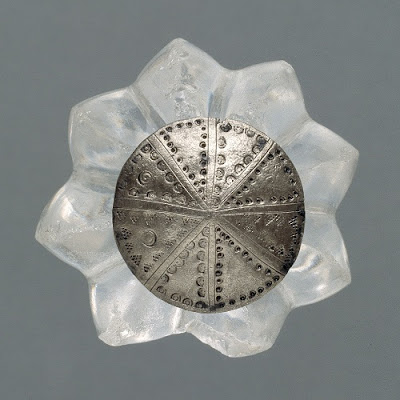 Nydam Mose is a bog in southern Denmark that was an Iron Age holy site where offerings were made to the gods of battle. Archaeology was first carried out there in 1859 to 1863, under the direction of archaeologist Conrad Engelhardt. (Crystal ornament, probably from a sword hilt) 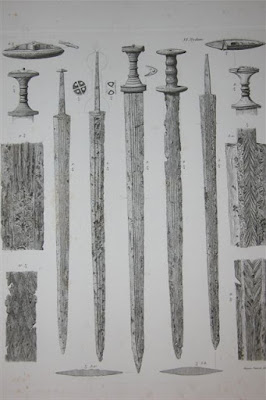 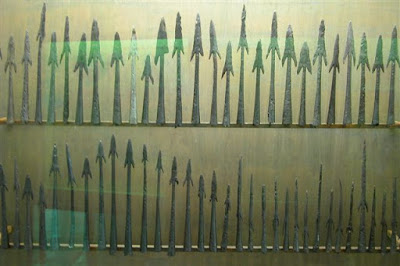 The finds included a great mass of weapons 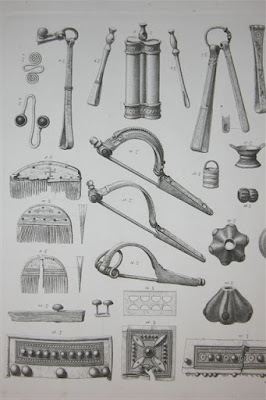 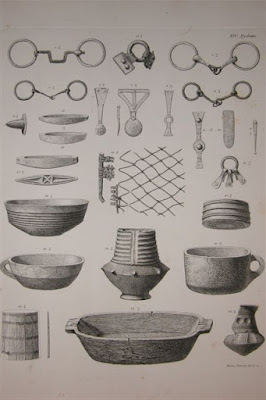 and also tools, clothing, personal ornaments, and ordinary household items like ceramic pots and wooden bowls. You can see that Engelhardt published a very detailed account of his finds. 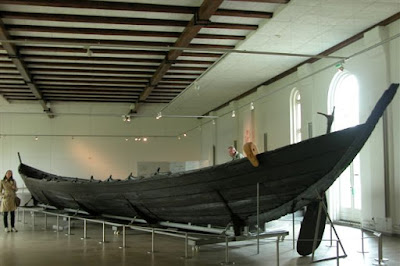 The most spectacular finds made by Engelhardt's team were two complete clinker built boats and pieces of a third. Above is the larger boat, made of oak. It is 75 feet long (23 m) and 13 feet (4 m) wide, set up to be rowed by a crew of 30 men. It had no mast. It has been tree-ring dated to 310-320 CE. It now resides at Gottorf Castle in Schleswig, Germany. 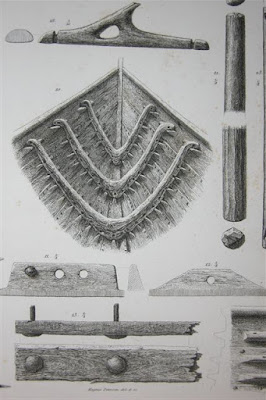 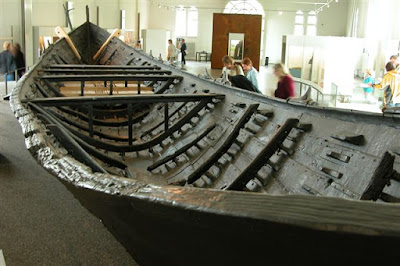 This is the largest and most complete vessel preserved from the pre-Viking north. It must have been a very valuable object. Roman historians tell us that Germanic warriors routinely sacrificed to the gods all the booty they took in battle, and several other sites of sacrifice like Nydam Mose are known. The sacrifice of this entire vessel shows how seriously some warriors took that their religious duty. 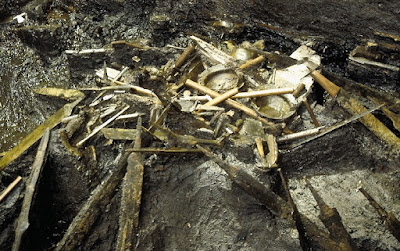 Archaeologists returned to the bog in 1989, this time as a project of the National Museum of Denmark. As before, a staggering amount of stuff was found. The modern excavators date it to between 250 and 550 CE.

The finds include pieces of amazing beauty, especially from scabbards and sword hilts. 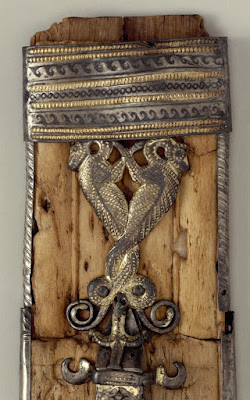 And even some preserved scabbards of wood and leather. 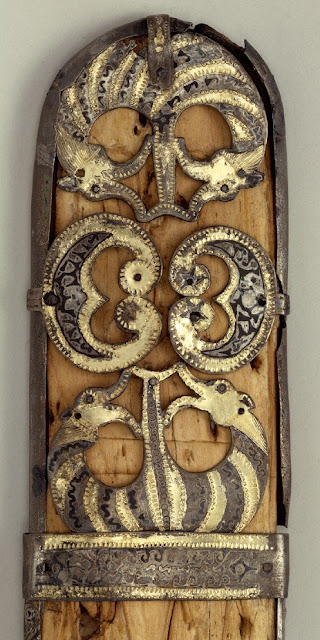 But my favorite object from Nydam Most is this carved post. It was found near the larger boat and seems designed to hang over the side of the boat, facing outwards. 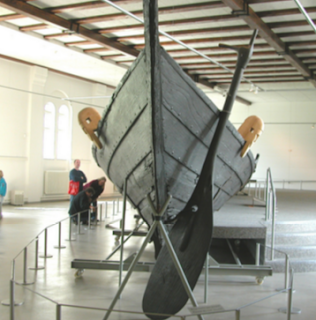 As on this reconstruction of the larger boat. (The steering oar also matches one found in the excavation.)

Trying to imagine how two boats ended up sacrificed in the holy pond, I come up with this: the local people were attacked by raiders who came by water. Forewarned or just lucky, they drove off the attackers and killed so many that when they fled the raiders had to leave two of their boats behind. So while captives were hung from trees in the sacred grove, their souls offered to Odin, the victors loaded piles of swords and spears into the boats and dragged them to Nydam Mose. Perhaps they were laughing and carrying on, or perhaps they were chanting solemn prayers, as the leavings of battle sank beneath the still waters, descending toward the watery netherworld where dead spirits roam and the dragon of darkness gnaws on the roots of mighty Yggdrasil. 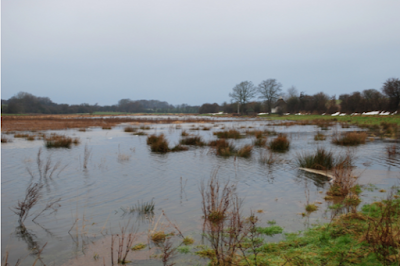