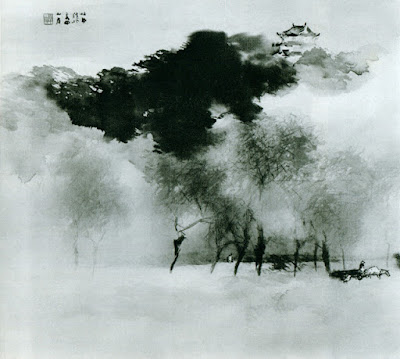 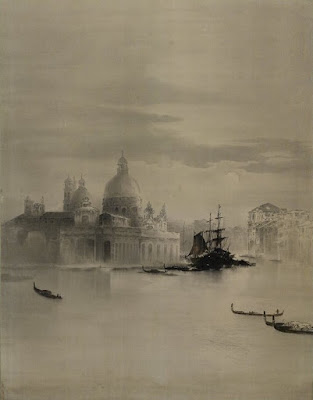 As a young man Takeuchi traveled to Europe and studied western art. Moon over Venice, c. 1905. 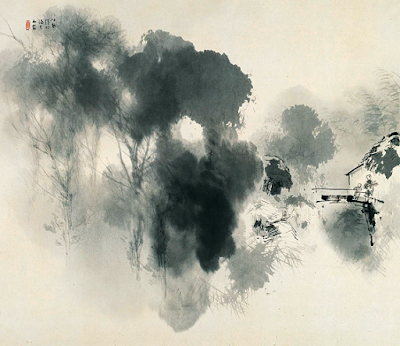 But after he returned to Japan he became a leader of the nihonga movement. These painters lived as Japan was modernizing at a frantic pace, but they intentionally turned away from modern materials and western methods to focus on Japanese tradition. This ambivalence ran through Japanese society at the time. The more the Japanese copied western methods in everything from accounting to naval architecture, the more they venerated old Japanese ways. Politically the results were disastrous, but aesthetically they were sometimes wonderful. 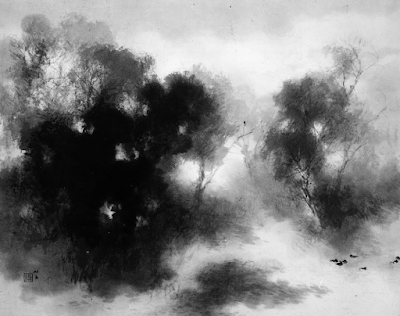 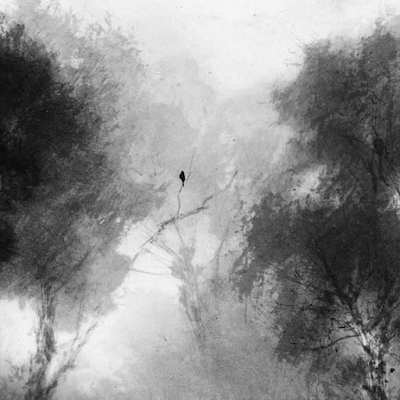 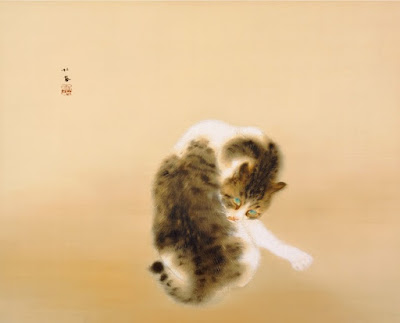 These days Tekeuchi seems to be best known for his cats, at least in America. This is one of many, all delightful.